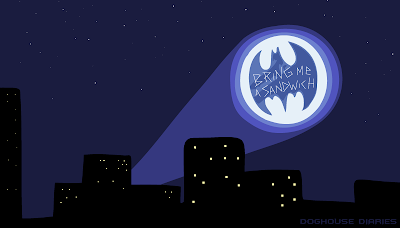 Back at the house, it was a perfect opportunity for a long nap. JJ had fallen asleep in the car, everyone was tired from the last few days, and the older kids were all playing with their Christmas presents. So Yolanda, JJ, and I climbed into bed. Yolanda and JJ apparently got up after an hour or two, but I slept on; when I finally awoke late in the afternoon, I was feeling decidedly ill; then it all came on at once. Violent diarrhea, vomiting until there was nothing but blood, sweats,chills and a whacking headache. This went on for the rest of the day and I had determined that if by daylight there was no improvement, I would once again commit myself to the purgatory that is an Indonesian hospital. However, by about 3 AM I began to become aware of not feeling quite so wretched and that my sprints to the toilet were becoming less frequent; now, at 4.30 I’m able to drink a little water without being nauseated. I guess I’m over it.

So I can’t really bitch too much about a Manado Christmas curse…this was Boxing Day.
In fact Christmas was kind of fun. Since school let out a week ago, we have had Falli’s seven year old daughter Patty (named after her godfather, me) and her ten year old uncle Ariel (also  my godchild, how’s that for a hardcore antitheist?) and his parents, all staying here at the house. The two older kids and JJ have dozens of little friends inthe neighbourhood and they just troop in and out of the house all day long. Ariel’s Mom is constantly cooking (we have a real kitchen) and the place is always a hive of activity.
On Christmas we had an open house. Indistinguishable from any other day, really, except we had a ton of food; I had even cooked the first turkey just about anybody here had ever had. But my favourite part was when the kids, mostly from very poor families came around requesting their ang pao.
It’s an observable cultural reality that Indonesians and most particularly Indonesians in outlying areas like here in the Sulawesis often harbour resentment of Indonesians of Chinese heritage. This could be because it is estimated that although the Chinese community makes up less than 5% of the population, 80% of the wealth is concentrated there. It could also be that until relatively recently overt displays of Chinese culture were officially frowned upon; Chinese New Year celebrations, for example, were illegal under Soeharto. Nevertheless, some of their traditions have been embraced. Ang pao is one that the kids in my neighbourhood have taken to with alacrity.
Ang pao is money traditionally given to children and poor adults in little red envelopes on significant holidays. I hadn’t realised that we were to have the kids come by in giggling groups of three, four, five and more, all with their hands out, looking for their ang pao. But there they were…the first group of five ten-year old boys all singing out for their handouts.
Yolanda told me that 20 thousandRupiah each (a little less than $2…a day’s wages for some of their parents)would be generous; so, having nothing smaller, I gave the leader of the little gang two 50 thousand Rupiah notes and told them to share it. Off they went laughing like hell.
An hour or so later I was about to get short with them when they showed up again. That is until they told me why they were back. It seems that no one in their families or group of friends could change the bills I had given them into more easily shared denominations;this had led to squabbling and, as they couldn’t resolve the dilemma, they wanted to give me back the money in the interest of preserving harmony and their friendship. They just wanted to drop off the money and go while they were still friends. They looked very sad to give up the money but, as they explained, peace was more important.
Yolanda had them wait while I dugaround in my pockets and in my desk until I came up with smaller bills for them and ensured that each had his Rp. 20,000.00. Happy once again, they ran off into the night, still fast friends and now with money for their families.
That’s the nicest Christmas storyI have, and I wanted to share it with you.
Peace and good will to all! 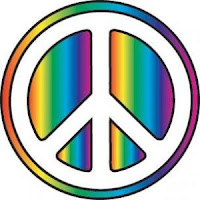