I’ve only been gone a few months and already they’re misbehaving! Don’t make me go back there! I mean it!


The politics of ego
Patrick Guntensperger
MANADO, NORTH SULAWESI, INDONESIA – It’s disturbing to read how Stephen Harper, Canada’s Prime Minister, has changed Canada for the worse.
Stephen Harper, the leader of the Conservative party (I hesitate to remind him that his party’s former name was The Progressive Conservative Party of Canada) is the type of politician who would (and has repeatedly) refer to himself as Canada’s “head of state”. He is, of course, nothing of the sort. Like it or not, Elizabeth II, the Queen of England, is Canada’s head of state; the Prime Minister is the head of government and sits at the Queen’s pleasure, through her representative, the Governor General of Canada.
These are of course technicalities, and in no way reflect any realpolitik, but nevertheless, they are not something of which the PM should  need to be reminded. And yet Harper’s abuse of his majority government’s power makes it necessary that we who love Canada remind him from time to time that he wasn’t elected presidentof a republic, let alone a banana republic, as he insists on treating this country. 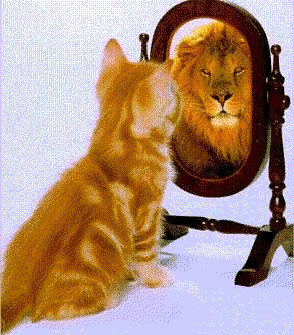 For all of his arrogance and posturing, it would be well if Harper were to remember that his elections were classic cases of there having been no viable alternatives; his current majority was brought about by millions of ex-Liberals having pinched their noses and put an X where they never would have under other circumstances. Chretien, his Liberal predecessor, had made it impossible for anyone with a conscience to vote Liberal, possibly for a generation. The NDP, the only other party of national stature has always been seen as a gadfly and, being tainted with the ‘socialist’ epithet wasn’t viable in the age of the neocon.
So, now that Harper has a solid majority and his government is relatively secure, he has followed the time honoured tradition of conservative and right wing politicians…he lies. A lot. To the people who elected him.
(As an aside, it’s hard not to notice that people here in the west seem far more tolerant of the most egregious prevarication by conservatives than we are of liberals who are caught fibbing. Bill Clinton, for example, did the honourable thing and lied about the details of his physical relationship with a young woman, which was no one’s business, and came this close to being impeached. His successor repeatedly lied to the people of the world about the casus belli of the invasion of Iraq. He led the United States into a war that has persisted for nearly a decade,  has killed tens of thousands of US soldiers and hundreds of thousands of civilians and soldiers of other nations under demonstrably false pretenses. We just shrug. Perhaps it isn’t unduly cynical to suggest that the explanation for our tolerance of barefaced lying by conservatives is that we have such a low opinion of their ethics and morals to begin with. When liberals lie, we are hurt, because in our hearts we know that the liberal worldview occupies the moral high ground.)
Six months after denying specifically and explicitly that the federal government had changed or interfered with any civil servicepolicies or practices including nomenclature, according to the Canadian Press wire service,
New documents obtainedby The Canadian Press under the Access to Information Act directly contradict published claims by Stephen Harper’s chief spokesman that bureaucrats have not been directed to replace the words Government of Canada with “Harper Government” in departmental news releases and backgrounders.
That they would bother to lie about something so easilyverified is testament to the habitual nature of the “Harper Government’s” fundamental duplicity. But that this is an issue that needed to be lied about in the first place is even more worrisome. We expect lying from this party, given their leader; what we don’t expect is for our Prime Minister to act as though he feels entitled to change the fundamental principles of the parliamentary democracy to which  he was elected.
It shouldn’t be necessary for analysts, pundits, and editorialists to point out in the media that the government of Canada is a government of the people Canada as a whole…it is far from being the government of a political party, much less an individual. It isn’t even appropriate in Canada, as it is in the United States, to refer to an individual’s “administration”, as in “the Kennedy Administration” or “the Bush Administration”. A Canadian Prime Minister is just that…the first minister among other cabinet members, appointed by the Governor General to form a government representing and speaking for the people of Canada, to report to parliament, and to advise the Queen and her representative.
Canada has avoided a great many of the pitfalls suffered bythe United States, in no small part because of our system of government which,in its pre-Harper form, eschews the idea of a cult of personality. Although we have had tremendously magnetic and charismatic leaders in the past – PierreTrudeau comes irresistibly to mind – power has never become centralised around an individual. This is because our system of government, that is the Government of Canada, does not encourage descent into that black hole. And yet here we have a Prime Minister, utterly bereft of charisma and singularly devoid of personal magnetism, trying to create a cult of personality by fiat. He needs a good talking to, and if he doesn’t start playing nice, a spanking.
Any Canadian who truly believes in our system and its unique strengths must necessarily cringe at the idea of being governed by a“Harper Government” as opposed to being served by the Government of Canada. 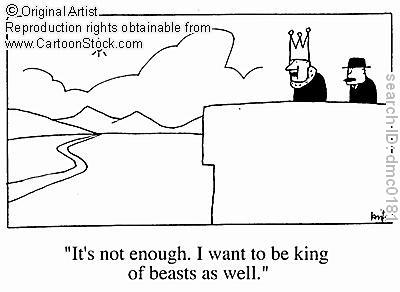