I ran across this piece that I wrote a while back when it was commissioned for a US University’s international politics newsletter. They never paid me for it, although they printed it, so copyright has reverted to me. I think it’s relevant. 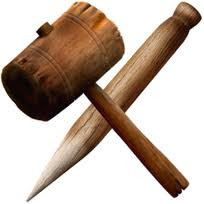 To those of uswho have lived in Indonesia for long periods of time, there is nothing surprising in the assertion that corruption is Indonesia’s biggest challenge. That SBY acknowledged that on CNN recently is only slightly less surprising. The war on corruption was a significant plank in his platform when he ran the first time and the only genuinely substantive one in his second successful presidential campaign.
Watching Indonesia’s president acknowledge the problem and voice the usual platitudes about the successes notched in the anti-graft attempts that have been a part of the public dialogue since the fall of Soeharto from the other side of the world elicits a sense of déjà vu. Susilo is clear that what is needed is more convictions and imprisonment of high level corrupt officials. Anticorruption crusader and lawyer Todung Mulia Lubis echoes and emphasises that view by pointing out that, while things are moving in the right direction, the efforts are far from sufficient. He even points out that new prisons would have to be constructed to accommodate the guilty, should a significant percentage of the corrupt actually be tried and sentenced.
That observation however underscores the real problem and maybe, just maybe, points us in the right direction for actually solving the problem that is at the root of virtually every other problem in Indonesia, from poverty to pollution. It has the status of a truism, even a cliché, to point out that virtually any interaction between a member of the public and a government official will entail a gratuity exchanging hands. The endemic nature of graft in Indonesian officialdom and business is self-evident.
The endemic nature of corruption suggests that informal gestures of appreciation – a genuinely charming piece of Indonesian culture – has become perverted into asense of entitlement on the part of anyone who does anything for anyone else…even if that is the very nature of the job. Civil servants have come to expect a “gesture of appreciation” for actually doing what they are paid to do. Indonesians, who are courteously accustomed to showing respect and gratitude for a kindness extended to them are not hard-wired to be offended when those gestures are expected, even demanded by those who work for them – their government employees. 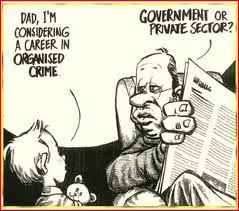 The upshot of this is that what started as a culture of courteous and polite acknowledgement of favours done has become twisted into a culture of corruption, and a sense of entitlement now inhabits the body politic. This is noted with dismay by foreign visitors who find that they have apparently behaved reprehensibly when theybridle at paying a bribe to a customs agent or a police officer.
Most westerners are baffled when they note that people are respected for their wealth even though it is a matter of common knowledge that the wealth was acquired through graft. That is a failure to understand the antecedents of graft.
Historically, wealthy people had often acquired their wealth by extending kindnesses to others and having received thanks from those who appreciated their benefactors. This informal quid pro quo was a simple and lovely aspect of the culture; it encouraged the assumption that wealth came from human decency and its appreciation. That however is no longer the reality that exists inIndonesia. Civil servants, politicians, those in authority are entitled to their salaries and bonuses. Period. Their entitlement ends there.

This is what any war on corruption must address.

It is a mantra that change has to come from the top down. In this instance, that notion needs to be rethought. A culture of corruption is not going to change, no matter how many officials are tossed into jail for embezzling, as long as there isn’t a sense that expecting, demanding, and receiving gratuities for doing or not doing one’s job is wrong. This is an instance where the change needs to come from the bottom up.
Imagine how long corruption would exist as a fact of daily life in Indonesia if, every time a bribe was solicited or suggested, the common person would shout with outrage and expose the corrupt official to the light of public scrutiny. When people recognize that they are entitled to honest and courteous government services, and that anything less is a form of corruption, we will start to see the culture of graft shrivel in the sunlight.
All of this isnot to suggest that the war on corruption should be relaxed or even redirected; on the contrary, if anything it should be stepped up. But for maximum effect, a relatively inexpensive (and rapidly self financing) public awareness campaign would make an enormous difference. The public needs to grasp at a gut level just what Indonesians are entitled to expect from their public servants, and just what  is wrong with the culture of corruption.
Such a campaign would have an impact at the grassroots level. And it is at the grassroots level that the challenge to which SBY has been referring for a decade needs to be engaged.
Patrick Guntensperger is a political analyst and writer. He divides his time between Indonesia and Canada’s west coast.