Trying to open a rational discussion
Patrick Guntensperger
Manado, North Sulawesi, Indonesia
Since I posted the last entry, the one in which I treated the United States’ Tea Party as a joke, I have received emails and even phone calls all the way to this little isolated east of Borneo island threatening my life and telling me, in more graphic detail than any Catholic nun ever did, about what can happen to heretics.
So let me try to bring a tiny bit of rational thinking to this conversation. To that end, allow me to quote, from the Tea Party’s website, a list of what is described as their “15 Non-negotiable Core Beliefs”. Before I address these beliefs, let me just say this: it is difficult to discuss anything with an interlocutor who begins by saying that everything that follows is “non-negotiable”. One would have hoped that one of the Tea Party’s core beliefs would be that rational people in a democratic system are always willing and prepared to discuss and even negotiate. Apparently not. So it seems that the discussion will  (apart from death threats and hysterical email rants) be one sided.


Here then are the Tea Party’s non-negotiable core beliefs: 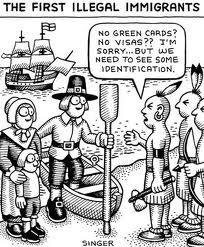 In language they might understand: Well, duh! No need to negotiate that. It’s a tautology. The real issue is, what do we do about illegal immigration? Should there be an amnesty for children of illegal immigrants born in the USA? How about the gardeners and nannies of US senators? Should immigration policy be amended? Tightened? Strengthened? (Eliminated? It is after all a government intrusion into the freedom of businesses to hire whom they want) Of course this will require a dialogue and an exposition of different ideas and points of view. In fact, it will require …wait for it…a negotiation.
2:         Pro-domestic employment is indispensible.

What? What does that even mean? Suppose we were to give the framers of this constitution the benefit of the doubt; let’s assume that they mean that it would be preferable to employ domestic workers than to have American companies export jobs to 3rd world countries. No American would disagree. Except perhaps for corporate America which has been exporting jobs as fast as they can despite tepid government regulations to keep them in this hemisphere. Tighten up the laws? Oh, but to do that would require regulation….can’t have that, can we? Better to deregulate America, so that corporations can pay American workers on a par with Indonesia, Thailand, Taiwan and China. 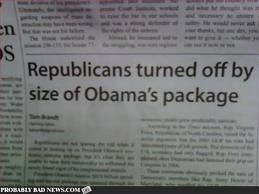 3:         A strong military is essential.
Essential to what? Seriously. Is it just a dick measuring contest, or is there a real reason to squander more than half of the country’s wealth on proving it IS bigger than everyone else’s?

4:         Special interests must be eliminated.
Okay. Can we start with oil companies who not only pay zero in taxes but get billions in subsidies in their most profitable years? Or are the elderly, the handicapped, the ill, and the desperately poor the special interests you want to eliminate? If special interests are on the table, does that include the huge tax breaks for the wealthy? Just what is special in your estimate?
5:         Gun ownership is sacred.

Protected by the constitution, arguably. Sacred? The dictionary, most churches, and any rational person would suggest that sacred is the wrong word here. It is fascinating to see what the TeaPartiers consider sacred, but there is either a misunderstanding of the word “sacred” or a deep insanity running through this fringe element. There are many forms of worship and many objects of veneration, but this form of worship and that class of objects as items for veneration is profoundly disturbed, and suggests a need for treatment. It is also sacrilegious if you are of a religious bent.

6:         Government must be downsized.
Perhaps. Let’s discuss it. Oh, sorry. That’s non-negotiable.
7:         The national budget must be balanced.
That would be great. Let’s work toward that ideal! Clearly more revenue is needed. Let’s have some of the wealthiest individuals and most profitable corporations put something into the common weal. Oh, no. Only the poor and middle class should have that responsibility.
8.         Deficit spending must end.
That would be nice. How about you all cut up all your credit cards and show us the way. Oh, no! What happens if there is an emergency? Your child needs emergency surgery! Fuck him. Let him die. That’s the fiscally responsible attitude. 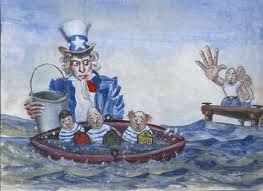 9.         Bailout and stimulus plans are illegal.
Really? Is that a statement of fact or a statement of a desire? If it’s a desire, pass those laws. If it’s a fact, show us the statute. Otherwise it’s just another whine.
10.       Reducing personal income taxes is a must.
A must? Well it certainly is a wish! Let’s do that when we’ve paid off the debts incurred by George W. Bush’s wars and other profligacy. Let’s not forget that Bush inherited a budget surplus from a Democratic administration and then pissed it away and got the government deep into a hole that a Democratic government, despite your recalcitrance, is trying to dig you out of.
11.       Reducing business taxes is mandatory.
No it isn’t. (Presumably this is somehow different from being a must.) In any case it sure is not necessary. What is necessary is ensuring that businesses actually pay taxes. As an example, General Electric generated 10.3 billion dollars last year and paid zero in taxes. In fact, the company even dinged you for 1.1 billion dollars in credits. You want to reduce their taxes?
12.       Political offices must be open to average citizens. 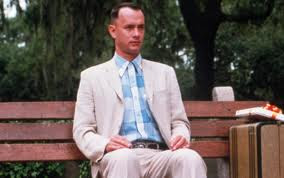 Who could disagree? Right now the US congress is populated by people, 98% of whom are among the top 2% of the wealthiest US citizens. That should change. The Tea Party is represented by an enormously lopsided percentage of right-wing evangelical Christians. That by definition does not represent the “average” citizen. Just who would be an “average citizen” to the Tea Party? 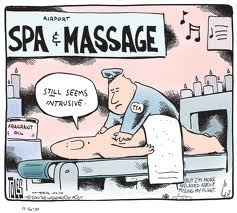 “Intrusive” is a subjective concept. There are those who don’t consider a government that insists that children attend school to be intrusive. And there are those who think that if a father wants to have sex with his 4 year old daughter, that’s his business, and government intrusion would be objectionable. The level of government intrusion is clearly open for discussion. Maybe even….negotiation?
14.       English as our core language is required.

Required? I don’t know. By whom? Why? What does “core language” mean anyway? All congressional proceedings are in English. All laws are published in English. All government services are provided in English (some services in some areas as a courtesy are provided in a widely used local language). Okay, I’ll go with “desirable” if you insist, since it is what appears to be the “core” language anyway. What the hell; I like the English language and it’s the one I’m best at. Either way, I’m willing to negotiate.

15.       Traditional family values are encouraged.
Whose family? Yours? Mine? Ma Barker’s? Which traditions? Presumably the Bible’s. Should we offer our virgin daughters to strangers who wish to avail themselves of our hospitality? (Check the “Good” Book!) Death penalty for dissing one’s parents? (5th Commandment, full version…read a real Bible). If these are family values, they are MANSON FAMILY values.
***
Is anyone genuinely supposed to take this idiocy seriously? When will these people actually think about what they’re saying and give it some consideration?


It is easy to see the Tea Party as a leaky lifeboat containing a ragged, desperate group of those whom the world has passed by. The modern world is just too complex, too sophisticated and requires too much thought for people such as these to cope with. These dimwits are simply bewildered by things they don’t understand; things like science, economics, history, geography, in short anything they should have learned in elementary school. As a consequence they lash out and oversimplify, distort, obfuscate, and demand the impossible, with absolutely no thought for anything but their immediate desires. They cover their ears and go, “La La La! I can’t hear you!” when their demented world view is challenged. As I have said, more to be pitied than scorned.


Am I wrong? Is there something in this right-wing fanaticism that I’m missing? I’m open to anything that could clear up my bewilderment at people who have (statutorily, at any rate) arrived at the age of reason spouting and apparently believing their own nonsense.As it stands, all I can see is sheer, blind ignorance, supported by rank stupidity.