Land of the free
Patrick Guntensperger
Manado, Indonesia
I have frequently suggested that the United States of America, despite its posturing, is far from the bastion of democracy, development, and freedom its citizens generally believe it to be. In more than one essay and article, I have referred to the States as a wealthy Third World country, and pointed to some facts to support my contention. I am far from alone in this assessment. Many Europeans and most Canadians are bewildered by the insistence of Americans, without a shred of evidence, that their way of life is superior to that of every other culture; Christopher Hitchens, the British born, naturalized American intellectual has referred to the US as a “banana republic” for many of the same reasons I have cited. I make this observation not out of a desire to tear down the country with which mine shares the longest undefended border in the world, but rather because I have such respect for the idea, the people, and the potential for redemption of the great but faltering experiment in democracy.
Let me try to put some empirical evidence to work here. 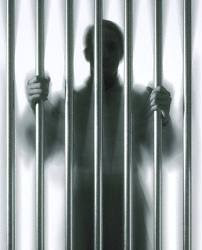 Consider the percentage of national populations in prisons throughout the world. Iceland has 55 out of 100,000 of its people in jail while 63 out of 100,000 Japanese are incarcerated. Out of 100,000 population, Canada and Australia have 117 and 134 imprisoned respectively. In the less developed countries, that number is 194 in Namibia, 267 in Botswana, and 313 in Thailand. Banana republic Panama’s number is 324, while Rwanda and Russia are contenders for the title at a jaw-dropping 593 and 596 respectively. Nevertheless, far and away the undisputed champion of imprisonment of its own citizens is the United States of America at a breathtaking 748 per 100,000 people. 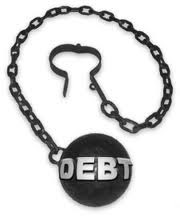 Or we could look at government debt measured as a percentage of gross domestic product (GDP). Australia’s figure runs at approximately 17.6%, while Sweden, often pointed to by American fiscal conservatives as the paradigm of “tax and spend” socialism, runs at around 41.6%. Finland is at 43.9% and Norway services a 54.26% debt burden. Although in this instance the US doesn’t hold the title (fiscally desperate Japan and utterly insolvent Liberia are ahead), it is a contender at 84.26% of GDP.
One could also look at the “Gini index” or “Gini coefficient”. This is a measure of the income gap between the rich and poor. In an uneven distribution, the rich are very rich and the poor are very poor; the higher the coefficient, the higher the disparity. Sweden and Norway have coefficients of 23 and 25 respectively. Canada shows one of 32.1 while The United Kingdom and New Zealand come in at 34 and 36.4. The Islamic Republic of Iran has a shameful index of 44.5, just slightly lower than Cameroon and Cote D’Ivoire both at 44.6. Once again, the US is a noble contender at 45, beating out all those and nipping at the heels of Uruguay at 45.2. This number is projected to increase exponentially. 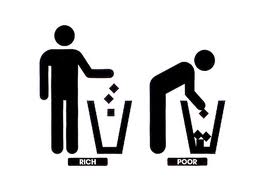 How about that frequently cited indicator of a country’s level of development, the adolescent birth rate? These numbers indicate the rate of births per 1000 to the high-risk category of women in the 15-19 year age bracket. Sweden’s rate is 6, while Finland’s is 8.7, and Norway’s 9. Germany’s adolescent girls produce offspring at a rate of 9.9 per 1000 while the lascivious French outdo them at 10.6. Canada’s birthrate among female minors is 14.1 and Australia’s is 17.5. Third World country Morocco’s young girls give birth at a rate of 18 per 1000 while chaotic Russia’s rate is 30.1. In the United States, not to be outdone, teenage girls have babies at a rate of 40 per 1000, .5 higher than backwards Romania, and challenging India’s 45.2. And this is a country where the most strident “moralists” violently oppose the teaching or provision of birth control to teenagers. 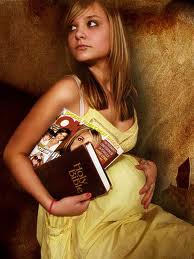 This analysis could proceed along these lines indefinitely.

By most yardsticks commonly employed to measure a country’s level of development, the United States has fallen to the back of the pack; it is outstripped in some instances by even the most backward countries. What is going on here? What happened to the heady days of post-Eisenhower America?
Well, for one thing, with a few hiccups and adjustments, the last four decades have been marked by a clear migration toward right wing conservatism. At the moment, the administration of Barack Obama is fighting a losing battle to institute social and fiscal policies that are denounced as radically left wing and yet are far to the right of what Ronald Reagan ever got away with. The centre of US politics has moved so far right that Eisenhower wouldn’t recognize the political landscape today. In tandem with this occupation of reactionary territory has been the truly dangerous infiltration of the radical religious conservative movement. Jefferson must be restless indeed in his grave when politicians today can seriously make the claim that separation of church and state is unconstitutional. 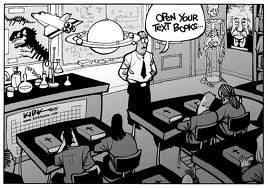 If those who run for office while denying that evolution is a scientific fact and refusing to have science taught in classrooms are successful in establishing the theocracy they espouse, we will certainly see more figures like those above. Unless the U.S. genuinely wants to part of the 21st Century, the country will slide into deeper and deeper ignorance and intolerance. It is time for the misplaced complacency to be set aside and Americans to take a hard, objective look at themselves and ask if they like what they see.
The figures quoted come from a variety of sources, but all can be verified at ( chartsbin.com )
…enditem…