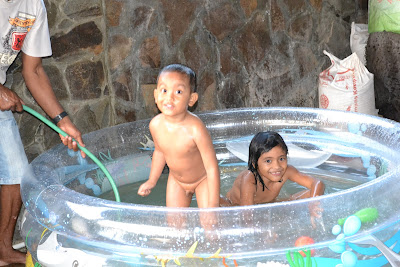 Sporadic Internet access, nearly impossible to get Jakarta or overseas newspapers delivered, I’m passing the time by having the local welder turn some scrap metal and an oil drum into a pig-roasting barbeque (at least pork is easily found and widely enjoyed here in Manado). I measure my days by the calls to prayer emanating from the local mosques and I play with my son and neighbourhood children in a kid’s swimming pool on the patio, I read e-books, I write, and I wait…and I wait…
…enditem…