What, me worry?
Patrick Guntensperger
Watching American politics is certainly not without its entertainment value. The temptation of a professional political commentator is to take a detached, observer’s view of the farcical attempts of the United States to appear to be a serious country dealing in an intelligent way with genuinely challenging issues. A disinterested observer would be riveted in the same that way everybody reaches for Reader’s Digest in the doctor’s waiting room: Life’s like that, Humour in Uniform, Campus Comedy…all the lame and sophomoric humour first. It’s not really funny, but one can’t help oneself.
US politics is actually superior to the cited “humour” bits. It actually is genuinely hilarious. Black humour, certainly. Like it or not, the results of the US political process inevitably has profound consequences for the rest of the world, so while we can laugh ourselves silly at the low comedy, the truth is that the joke can hurt the rest of us. And, as the Republican Party struggles to nominate a candidate to take on Obama in 2012, the joke keeps getting worse. 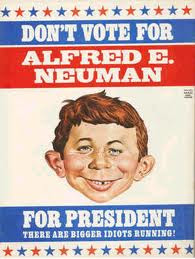 The sheer ignorance of the party stalwarts is, at times, painfully obvious. We’ve already looked at their stupidity…their inability to comprehend or absorb simple facts is staggering. But their ignorance, their simple lack of knowledge, of awareness of things you would expect a rather slow six-year-old to be familiar with, is actually a matter of pride for many of the hardliners. 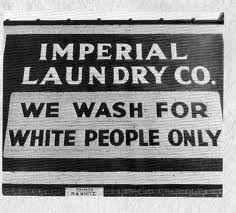 Actually, literally, being taken seriously is the radically “libertarian” Ron Paul, a former physician. His social policy is so libertarian that he doesn’t feel there should be any government regulation that he can think of offhand. He believes, for example, so strongly in the individual’s right to be free of government interference that laws prohibiting racial discrimination are abhorrent infringements on individual rights and ought to be repealed.
Mitt Romney, the ostensible front runner, is so afraid of being branded “liberal” that he has reversed himself and now feels that abortion under any circumstances whatsoever is akin to murder. He is so desperate to position himself as acceptable to the nutjobs that make up the Republican Tea Party faction that he would reverse himself on virtually anything in a heartbeat if necessary, and has done so on so many occasions that even his own party is hard-pressed to figure out where he stands on anything at all. 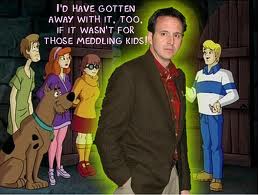 Then we have Tim Pawlenty who offers his “Google test” for just which  government programmes ought to be scrapped: simply Google any good or service, and if a private provider can be found, the government shouldn’t be in the business of providing it. Presumably that would include all aspects of fire prevention, policing, military, health, education,…..
Meanwhile in Republican state after Republican state, we are seeing retrogressive legislation being rammed through that reverses centuries of enlightened forward thinking. Florida (naturally) and several other Republican states are passing laws ostensibly to curb voter fraud. They will require photo ID and a series of other proofs of identity to prevent impersonation of individuals at the polls. It is a well known observation that in none of these states has there ever been a problem with impersonation at the polls, so the “problem” being addressed doesn’t even exist. These states are deliberately raising the bar for enfranchisement of their traditional opponents. The people least likely to have acceptable ID are the elderly who don’t have driver’s licences and are vociferously objecting to the Republicans’ policy of eliminating Medicare, African Americans who traditionally vote Democratic,  as are university students who are also traditional Democrats. Just to make sure, some of these states are also ensuring that even state university photo ID will be unacceptable.
These states are also defunding Planned Parenthood, where the majority of women living in poverty access whatever medical screening they get. Their official justification? That 90% of Planned Parenthood’s activities are the provision of abortions. The actual percentage of Planned Parenthood’s activities involving therapeutic abortions? 3%. That’s either complete ignorance or utter hypocrisy. Take your pick. Personally I think some are ignorant and others are liars, some are both. 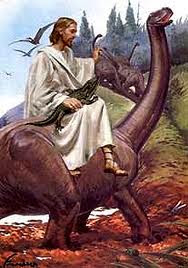 At the same time, the religious, evangelical right insists on teaching children that evolution is at best a discredited theory, and that the Bible is a more accurate history and science book. As American children continue to slide to the bottom of the intellectual and educational scale of the developed world, an early Bronze Age collection of fairy tales, edited and translated dozens of times, is considered definitive modern scholarship. As a result, Americans actually believe and their children are actually being taught as fact that dinosaurs co-existed with Adam and Eve.

The problems in the US are getting worse, and the situation is deteriorating; it would be fun to watch the infighting and the self mutilation would be a lot like watching the Three Stooges; the problem is that it’s real, and when they do manage to self destruct, we’ll all be collateral damage.