I have seen the Future
And it is Good

Just recently I received an email from one of my oldest friends in the world. Dave was a classmate, occasional wingman, and drinking buddy at York University. He was my best man at my brief and ill-thought out first marriage and, with lapses, we have stayed in touch now for three decades. We haven’t actually been in the same room – or even part of the world – for over twenty years but I still think of him as one of my dearest friends. 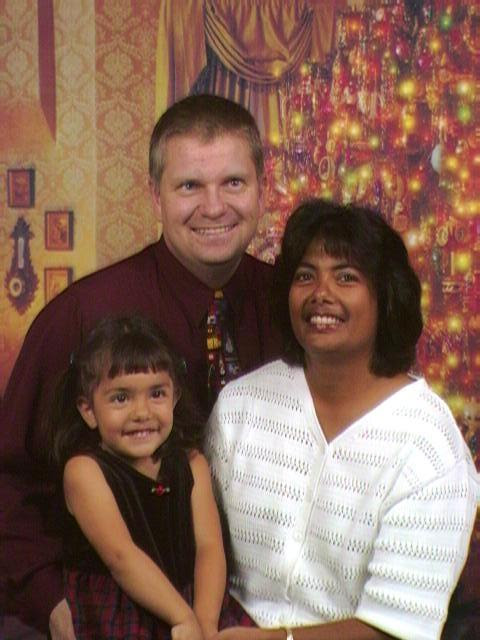 Dave has a daughter named Alice. She’s ten years old and I hear from her once or twice a year; each time she says hello and enquires about things but she always has a an agenda. Since she was tiny, she has always worn her social conscience on her sleeve. For the last several years she has run an annual lemonade stand at which she sells lemonade by donation, the proceeds of which go to cancer research. In the autumn she donates her hair to a charity that sells quality human hair for the manufacture of wigs for childhood cancer victims; (Her hair is beautiful, what with a mother who could have been a Bollywood star and a father who could have auditioned to play Thor.) All of her efforts go to support those whom she feels have lives that could benefit from the caring and efforts of other people.

This year she managed to catch me at a particularly fortuitous time. Once again I can’t go to Ontario to buy a lemonade but I am in the process of executing my father’s will, and although I am virtually destitute, having been without an income for close to two years, my father’s will allows for a substantial legacy to be donated to charity. Naturally, I earmarked some of that for Alzheimer’s research, but because of Alice’s dedication to her campaign and because of my mother’s death by cancer, I will be donating $10,000 as my father’s legacy, largely inspired by Alice, to the Canadian Cancer Society.

Alice obviously makes the cut as one person without whom the world would be a bleaker place.
This makes me think of one class I taught at the Monash University campus in Jakarta.
As the Jakarta campus is a small one and most students tend to want to specialise in pre-law or business oriented classes, my intro to journalism class was usually sparsely attended; moreover, all too often, the students who did register were only there because they thought it would be a walk in the park and a break from real studies. But one stream of students really stands out.
I had only three students, two girls and a boy, registered on the first day of class. They were Ghian, a frighteningly smart and very charming young man; Miriam, a somewhat enigmatic and very bright, beautiful young lady; and Alyssa, a bright, hard-working and stunning sixteen year old, whom I later found out was Indonesia’s best known and beloved teen movie star. I was somewhat taken aback when I gradually discovered that all three of my prodigies were there not for the usual reason, but because they had considered journalism something they were interested in largely because they felt that it was a medium through which they could bring about positive change in the world.

The class was great. We were able to tackle the nuts and bolts of fact finding and verification, cultivating contact/source lists, newsworthiness criteria, lead writing, pyramid structure, quote attribution, source protection, copyediting and all the rest quite easily; no small feat since English was the language of instruction and evaluation and it is a second language for all three of them. We were thus able to spend time on those aspects of journalism that I believe are the real core values of the profession.

While the technical aspects – fact finding and verifying etc. – are the indispensible tools of effective journalists, these become habitual mechanical details with experience. While writing is an ongoing learning experience and one improves it daily, it is the personal approach, the bringing of one’s essential character to the table that separates the competent from the true greats. Because Ghian, Miriam, and Alyssa absorbed the basics so readily and their English writing skills progressed so steadily, we spent that semester, and the following one in which we specialised in feature writing, focussing on those core values.

We talked about the history of journalism; we discussed the relationship between democracy and the press; we examined journalistic integrity and posed and attempted to solve journalistic ethical dilemmas, we looked at journalist heroes, we brainstormed on the impossibility of pure objectivity versus fairness and even-handedness in reporting. While the basics of journalism were absorbed and given a workout every class, journalism in all of our minds became accepted as a low-paid higher calling. By the time the final semester was over and the three students moved on to pursue and finish their degrees at the mother Monash campuses (Miriam in Malaysia, Ghian and Alyssa in Melbourne, Australia), all three had a concept of journalism as a force for bringing about positive social change; a far cry from the not entirely inaccurate Indonesian view of local “journalists” being little more than hacks who slant their stories for cash and act as the bottom feeders they are paid to be. This must have been a particularly difficult paradigm shift for Alyssa whose prior experience with the press had been restricted to a lifetime of unpleasant encounters with paparazzi.

I learned as much from them as they learned from me; maybe more. I know that I am a much better journalist for having worked with them.

I’m pleased to report that I maintain a degree of contact with all three of them and that we consider ourselves friends. Miriam has gone on to become a television reporter (a métier she confided she would never have considered prior to Monash) in Surabaya, one of Indonesia’s largest cities. Ghian is a frequent youth ambassador to UN environmental and democracy conferences and conventions where he acts as press liaison and communications point man. He came to visit me and my dying father on one of his international trips. Alyssa meanwhile has put her multimillion dollar career on hold while she pursues her education and social conscience in the UK.

These are people that I will always be proud to have known and whom I know will make a difference in the world. Like little Alice, they make the cut. The world is already a better place for their being in it.