For evil to prevail
Patrick Guntensperger 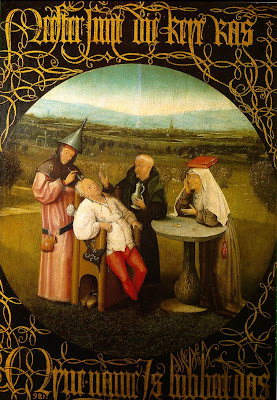 In 1487, Malleus Maleficarum  (The Witch’s Hammer) was published. Written by Heinrich Kramer and Jacob Sprenger, It was a treatise on the church-approved justifications for the persecution of those believed to be witches and a detailed manual on the manner of
investigation and extraction of confessions of those so accused. It was, among other things, including a misogynistic piece of illogic, a handbook for use by the torturers of the Holy Inquisition. Under its direction and auspices, literally hundreds of thousands of innocent people were accused, tortured, and put to death. To be accused was a virtual guarantee of conviction.
In 1925, Volume I of Mein Kampf (My Struggle) was published. While imprisoned in relative luxury, for having organised a failed coup, with a prison governor who respected, almost worshipped him, Adolph Hitler wrote a book that was part biographical and part an explication of his “political ideology”. In it he fleshed out his idea o

f the “Jewish peril”, a paranoid claim of a conspiracy by international Jewry to take over the world. Within 20 years millions of innocent people had been killed, in combat, as collateral damage, and targeted civilians in a war he started with the book as his blueprint and justification, and as part of a deliberate policy of genocide by Hitler’s followers.
In 1988, The courage to Heal: A Guide for Women Suffers of Child Sexual Abuse was published, written by Ellen Bass and Laura Davis. This most recent of the three books cited is imbued with as much bigotry, narrow-mindedness, illogic, unfounded assertions, and hatred as the first two. Like the others, The Courage to Heal (TCH) is deliberately written to manipulate, to justify evil, and to cause widespread pain. The tomes are all written with lies stated as truth, fabrication and fantasy presented as established fact, non-existent science expressed falsely, and each has caused countless innocent people untold agony. Not surprisingly, the authors of TCH have cashed in on their vicious, hate-filled screed with subsequent editions and speaking tours in which they repeat the vile lies upon which their original book was based, but which have been