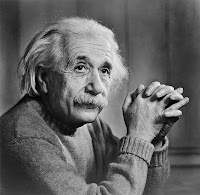 Living in Canada again after having lived in various countries around the world, most recently for nearly a decade in Southeast Asia, specifically in Indonesia, has caused me to consider those virtues that different cultures find admirable or worthy of respect. Wherever you go in the world, you’re likely to be struck by the difference in qualities that others envy, attempt to develop, pretend to have, or work on attaining. 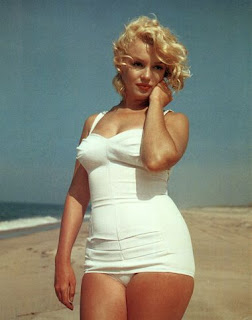 Of course, some are relatively universal; the world over, people admire, respect, and are drawn to the qualities of beauty, intelligence, talent, physical strength and dexterity. We will return to those more universal qualities later. For now it’s enough to point out that it’s not the similarities that are immediately fascinating; it’s the differences among traits considered admirable by different cultures.
Apart from the universally accepted qualities, the culturally-specific traits are not static either; they tend to evolve. In my lifetime, to point to a small example, good penmanship was something students were encouraged to strive for; we were brought up to understand that one’s handwriting reflected our basic character and education, even our status in society. Today, perhaps because of our admiration for doctors, elegant penmanship is often looked upon with suspicion, as though one has put far too much practice into acquiring an obsolete affectation. 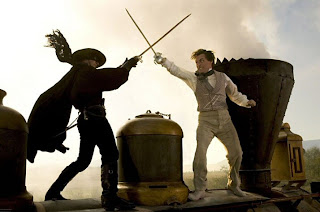 It’s easy to understand why in the medieval and Renaissance periods, right up until the 19th Century, a man’s swordsmanship was a skill to be admired; today, a facility with a foil, epee, or sabre would be considered an oddity outside of the world of competitive fencing. Horsemanship as well has undergone an evolution; where one’s status as gentry was once emphasised by one’s equestrian skills, outside of British Royalty and the polo set, real horsemanship is pretty much restricted to sport riders and ranch hands. 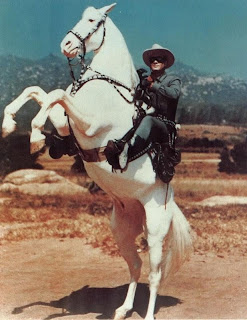 There is any number of esoteric skills that cause people to sit up and take notice of their practitioners. From figure skating to doing lariat tricks or yodeling, we seem to find others having achieved excellence at a selection from a virtually endless list of all but useless activities is worthy of our respect and admiration. And perhaps it is.

While there is some aesthetic pleasure to be derived from watching or listening to others demonstrating their mastery of their activity, our admiration is not really, or rather, not only of the performance, but rather of the talent and perseverance that produced that level of skill. When we watch competitive weightlifting, for example, there is little for us to admire aesthetically; what we admire is the years of practice and effort that the weightlifter put into the activity to bring him to that level. 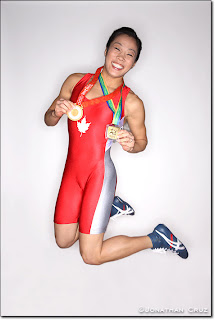 So concerned are we with recognition of the diligence of our athletes that the bestowing or withholding of public approbation or scorn is entirely out of proportion to the differences among the performances scrutinised. In the Olympics, for example, a gold medalist in, say, speed skating, may have outskated an opponent who doesn’t even get a Bronze in time that can be counted in hundredths of a second. The skater who doesn’t climb the podium is forever seen as a failure despite the years of training, the level of technical skill, and the devotion that brought him, quite literally within a blink of an eye of a skater who will be a national hero, adulated by all, and will probably earn millions in endorsement fees.
Nowhere is this distorted view more clearly demonstrated than at the Olympics. In the 2010 women’s hockey, for example the two best teams in the world faced off for the Gold medal. One team had to win; the other got silver. As it happened, the Canadian women prevailed and The United States women won the silver. As the medals were being handed out, there was a palpable sense of sourness, looks of bitter failure were etched onto the faces of the US athletes; it was clear that they didn’t feel that they had won a silver medal for their country – they had lost.
In the most general sense, it seems to be accomplishment itself that we value. The differences among cultural respect are fundamentally differences in what we choose to take seriously as accomplishment. While the Guinness Book of World Records lists accomplishments that truly vary from the sublime to the ridiculous, very few of us – whatever culture we come from – will have a great deal of respect or admiration for the individual who has created the world’s largest rubber ball entirely from scavenged rubber bands and our unbounded adulation is probably not reserved for the gentleman who can claim the most luxuriant hair sprouting from inside his ears, no matter how attractively coiffed.
One of the most universally admired accomplishments is the acquisition of wealth. Virtually everywhere in the world, one who has amassed a great deal of wealth is accorded great respect. And yet it’s not the simple lucre that garners admiration. In Britain, for example, recently acquired wealth was looked upon suspiciously as “new money”; only inherited wealth was truly worthy of respect. That tradition, or inclination, was carried on in the United States during the period that vast fortunes were being amassed by the great “robber barons”. Their ruthless practices in running railways, newspapers, steel mills, and real-estate empires, caused the Hearsts, Vanderbilts, Astors, and Rockefellers to become synonymous with unimaginable wealth, and yet it took generations before history whitewashed the business practices they employed to create the fortunes. Philanthropic efforts and foundations, combined with the passage of time, conspired to launder the wealth. 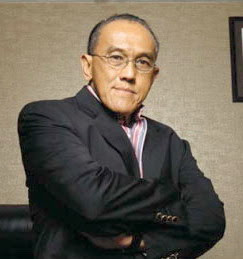 In Indonesia, on the other hand, wealth is admired for its own sake, but one can’t even say that the provenance of the wealth is insignificant. There is a distinct sense that the more dishonestly wealth is acquired, the more esteem is bequeathed upon the wealthy. That is to say, the sleazier a tycoon, the more he’s respected. Nobody admires “old money” in Indonesia. A vast store of ill-gotten gains, on the other hand, seems to capture everyone’s respect. In Indonesia, wealthy business people are not esteemed for having worked hard and provided a service or product that meets a demand. The problem with that description of a successful business person is the first part: the part about working hard. In Indonesia, hard work is equated with stupidity.
Wealth and the person holding it are admired if little, or preferably, no work was done. The highest regard is reserved for those who stole or embezzled their way to enormous wealth. No other country in the world would seriously suggest that the country’s former dictator, a man known to have stolen more from his own people than any other man in modern history, be formalised as a national hero. 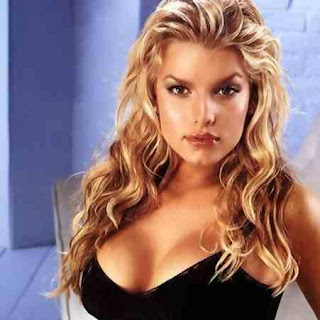 So what is there left to admire or respect in human beings? Traditionally, although we respect beauty and brains, there is something innate that tells us that to admire someone for their looks is shallow or trivial. Performers from Jessica Simpson, insisting that she be taken seriously as an actress, to Mark Wahlberg, who refused to go shirtless in Tim Burton’s remake of Planet of the Apes lest he be seen as mere beefcake, reinforce the view that to admire someone for their appearance is somehow suspect. Women will sit in front of their Cosmopolitans, in their spike heels, adjusting their makeup, and bemoaning to their friends that “once, just once, I’d like to meet a man who’s more interested in my brains than my boobs!” 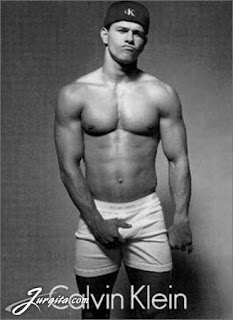 And yet there is nothing more intrinsically more admirable in having a great brain than a great ass. Either attribute is an accident of birth. In fact, if it’s a matter of having earned admiration, having a great ass probably takes more effort and self discipline than being smart.
Ditto for talent. How much are we supposed to admire a truly great talent like Mozart, when he was a child prodigy who effortlessly learned to read and write music with a facility far beyond his years? Would it not make more sense to hold more respect for the journeyman musician who works tirelessly at his craft than someone who could whip out an opera while half-pissed and barely paying attention?
We are all born with certain talents, certain intelligence, and a particular look. It seems fatuous to expect admiration for something that is, after all, an accident of birth. It seems even sillier to waste our esteem and admiration on someone else’s fortunate genetics. No, the only thing truly deserving of our esteem and admiration is simple human decency.
A person who works hard simply for the sake of expending effort is not to be admired. A genius or a beauty may be enviable but to respect them for those traits makes no sense. Certainly it makes some sort of aesthetic sense to enjoy beauty or intelligence or talent for its own sake; but to ascribe virtue or moral value to its possessor is to misunderstand concepts like virtue.
The only characteristic that we have genuine justification to admire or to which we can reasonably ascribe virtue is human decency. Talent, beauty, intelligence; all these are accidents of birth; there is little to admire in one who is a hard worker simply for the sake of working hard. What is truly admirable is a human being who is kind to others, who is honest in his dealings, one who treats others (as Kant would say) as ends in themselves rather than as means to an end. A person who is neither bright nor beautiful nor accomplished at any art or skill, but nevertheless treats others with kindness and dignity is far more to admired, has a far greater quotient of virtue than one who is intelligent, accomplished, and attractive but indifferent to others. 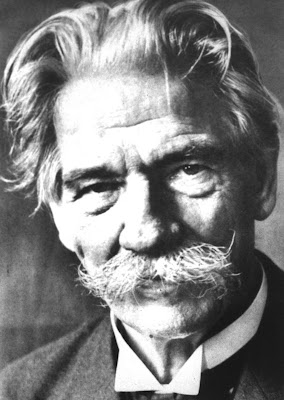 Albert Schweitzer
By this analysis, striving to be a good person is what we should expend our energy on, even more than being well educated or beautiful or skilled at an art or sport. And yet there isn’t even a class to sign up for.
…enditem…