I’m still in the midst of changing attitudes and latitudes, so I’m continuing to dig through my back files for pieces that I think are suitable for this blog. I ran across this one which was another sample for Jakarta Java Kini magazine and was written over a year ago, shortly after the last US presidential election. I think it’s still relevant and, for me, anyway, is a bit of a time capsule of optimism.

Was that election really that recent?

Through a lens darkly:

An idiosyncratic perspective on politics, society, and popular culture.

In 1973, a film about a young, liberal, charismatic politician running for the United States senate took both the Academy Award and the Writer’s Guild award for the best original screenplay of 1972.

In 2008, a young, liberal, charismatic politician was elected President of the United States of America.

That latter fact made me think about The Candidate, starring Robert Redford, and what parallels that movie might have to the current US political scene. It came as a bit of a surprise, but I realised that, in a lot of ways, we seem to be living in a less cynical, more optimistic time than we were 35 years ago.

The general theme of The Candidate is one of cynicism with respect to politics. The movie suggests that in a democracy, one has to sacrifice, or at least radically dilute, passion, integrity, and ideals if one is to be given a mandate to lead. 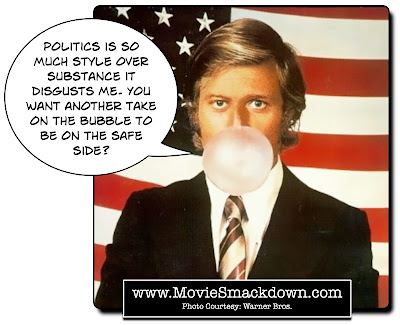 The movie gives us Robert Redford as Bill McKay, a liberal lawyer with virtually no political experience, drafted by the Democrats to run for a vacant senate seat. He’s drafted because he’s way cute, he’s an outspoken liberal, and his father was once the governor. And mostly because he can’t possibly win. In fact his handlers guarantee his defeat; this, they explain, will be an exercise in fielding a candidate and expressing strong liberal values without having to compromise, because winning isn’t an option.

The film follows McKay’s campaign and his growing desire to win the race. It charts the shift from idealism to realism and leaves us with the question of whether integrity and idealism are even possible in a system that excludes the truly honest and the deeply idealistic from the centers of power. (And it is incidentally a perfect illustration of The Second Patrick Principle: “A cynic is just what an idealist calls a realist”). Whew! Although it sounds bleak and heavy in its pessimism, The Candidate is not a comedy as such, but it is a film with a lot of humour.

And the reason, I suspect, that these themes could be treated with light humour was that what the movie was saying was so deeply embedded as truisms that its central theme was beyond dispute.

In 1972, it was considered quixotic for a young, liberal, charismatic, white guy to take a run at the senate. It would have been virtually impossible even to imagine a young, liberal, charismatic, and black politician having a chance at a senate seat, let alone actually win the presidency. Everybody knew that the government was inherently conservative, even reactionary. Everybody knew that politics was a cynically corrupt and hypocritical exercise in lying to the people for the clear purpose of gaining and wielding power. As Leonard Cohen has since sung, in sentiments that grew out of that time:

It was a time of malaise and mistrust in politics and politicians. Nixon was, after all, the occupant of the White House.

In 1974, Nixon, in a strategic move to avoid inevitable impeachment, resigned the presidency in disgrace. Despite his pathetically self-serving whingeing to the contrary, the president was a crook. He had been exposed as a scheming, lying, paranoid, viciously vindictive slimebag, largely thanks to the efforts of journalists Carl Bernstein and Bob Woodward of the Washington Post. Bob Woodward, of course, was played by Bob Redford in the movie about those events, All the President’s Men, which Redford also produced.

Then we come to the 21st Century. For virtually every minute of that century until the election of Obama, the most powerful person on the planet has been an astonishingly ignorant, semi-retarded buffoon. Nevertheless, from one point of view, George W. Bush has done one truly great thing for the United States of America and, by extension, the world. Through a bizarre combination of arrogant ignorance, sheer blind ineptness, complacency, personal stupidity, fervent belief in fantasy, indifference to the people he swore to serve, and abhorrence of anything resembling thought or effort, Dubya became so roundly despised by his fellow Americans that they were roused from their malaise and voted for Barack Hussein Obama.

At this writing, who knows whether former Jakartan Barry can pull it off? Who knows whether he will become as cynical and watered down in his politics as Bill McKay? Time will tell. But he has one truly wonderful thing going for him beyond his relative youth, his progressive views, and his charisma: he has Dubya. The bar right now is so low, that in the words of proto-hippie novelist Richard Farina: we’ve “been down so long, it looks like up to me”. 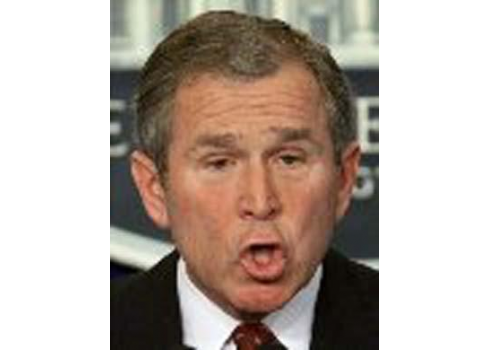