While doing a bit of housecleaning in my disorganised computer files, I ran across this piece that I had written last year. It was originally written for my friend Simon who had just started as the editor of Jakarta Java Kini, an urban lifestyle magazine. The idea was that the magazine would eventually run a regular column along these lines and this and a few other pilot columns were intended to give a sampling of the approach I wanted to take.


Unfortunately, what I wanted to write didn’t suit the magazine’s readers expectations, so we shelved the idea. Nevertheless, here’s something of what I had in mind.

Through a lens darkly:
An idiosyncratic perspective on politics, society, and popular culture.
Special to Jakarta Kini
Patrick Guntensperger 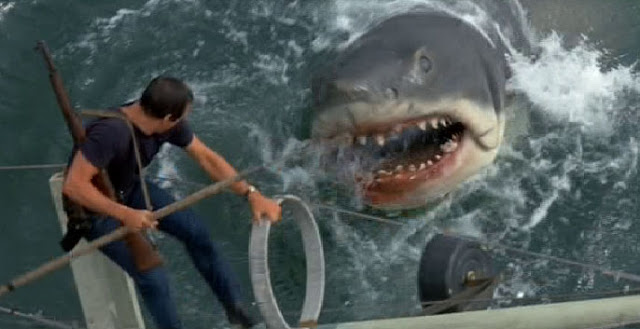 “You’re gonna need a bigger boat…”, or so said Chief Brody to Quint.
In 1975, a 28 year old up-and-coming director named Steven Spielberg filmed Peter Benchley’s bestselling novel, Jaws, and changed the way we looked at movies, at sharks, and at nocturnal pelagic skinny-dipping. Brody’s (Roy Scheider) ashen-faced remark to Quint (Robert Shaw) came as he had just come face to face with the shark they were hunting; although they had set out to kill the beast, its sheer enormity hadn’t been completely clear until that moment.
When I recently saw estimates that as much as a third of Indonesia’s GNP is lost to embezzlement, graft, and corruption, those words came to mind. The KPK (Corruption Eradication Commission) is trying to destroy the beast that feeds off this country, but the beast is enormous; the boat just isn’t big enough to take it on.
The ongoing war against corruption in this country is one that has many parallels in popular film and literature; it is a theme that resonates in all societies and their mythologies. It is the Hydra that grows two new heads for each one that Hercules lops off; it is the immortal vampires who live among us and generally go unnoticed, or at least unremarked upon, by the humans upon whom they prey. It is the fully infiltrated and parasitic conspiracy that succeeds by staying below the water’s surface while having a profoundly negative influence on every aspect of our daily lives.
The tradition is for a single passionately committed individual, sometimes with a sidekick or a small group of dedicated followers, to take up arms against the parasitic beast and defeat it in the final reel. That’s Brody; but that’s also Beowulf, Buffy, and Hellboy. That’s St. George, Van Helsing, and it’s King Arthur. 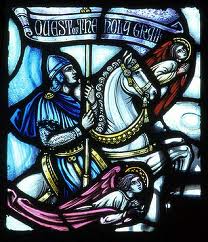 If the Holy Grail is the eradication of the parasite that lives inside and sucks the life from the Indonesian body politic, the KPK is the Order of the Knights of the Round Table. But let us not forget that the Grail was never secured, even by Galahad, that Camelot is lost in the mists of history, and that Arthur is seen less and less with each passing day as “The Once and Future King”. The quest was, ultimately, a failure.

The failure can be attributed to the indifference of the people of the realm. They were, by and large, insufficiently noble, pure, and capable of self-sacrifice to recognise the value of the Arthurian quest. Widespread apathy to the mission doomed it to failure, however formidable and committed the Knights were. The passion and dedication eventually died of attrition; Arthur tossed Excalibur back into the lake and was shipped off to Avalon.
A similar fate may await the KPK. Without a bigger boat, without public support for the mission, the successes of the KPK may end up having represented nothing but a brief shining moment in Indonesian history.

Right now, observers of the noble but somewhat quixotic attempts of the KPK feel like the Walrus and the Carpenter surveying the beach and wondering how to rid it of sand:

“If seven maids with seven mops
Swept for half a year,
Do you suppose,” the walrus said,
“That they could get it clear?”
“I doubt it,” said the Carpenter,
And shed a bitter tear. 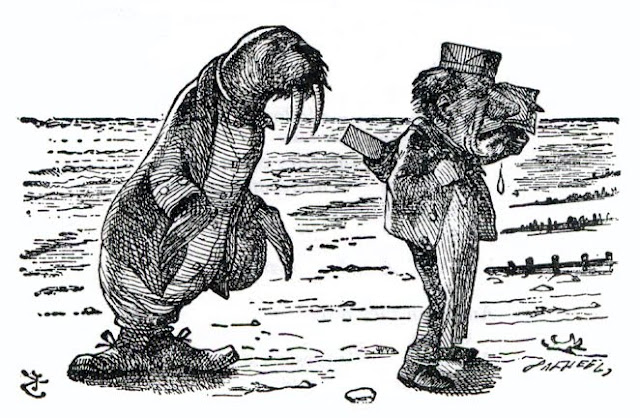 Indonesia needs a lot more than seven maids. But why is the beast so impervious to our attempts? It is impervious for the same reason the Lewis Carol poem is funny…nobody can see any prevailing reason to put any real effort into the cleanup.

The poem draws its humour from the absurd pointlessness of even wanting to clear the beach of sand. The anti-corruption campaign draws its hopelessness from the nation’s bemusement at any desire to change anything. The country is comfortable with corruption; it has no real desire to eliminate it. The real desire is to become part of it.
That was Soeharto’s genius. Unlike in a country comfortable with democracy, where every youngster dreams of improving himself, Soeharto’s legacy is a culture in which every youngster dreams of having a place at the trough. The Holy Grail here is a position in which one can get wealthy doing nothing, at the expense of those who do a great deal.
Until the prevailing attitude toward corruption changes, until Don Quixote’s giants, Brody’s shark, or Beowulf’s Grendel are seen to be a pernicious stain on the fabric of Indonesia, rather than enviable occupations, the boat won’t be big enough. The boat will only be big enough for the task when the task is seen as worthwhile. 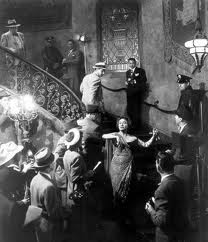 Meanwhile, back at the KPK, the Man of La Mancha tilts at windmills, Lancelot and Galahad back up Arthur in his noble but hopeless quest, and Nora Desmond waits in vain for a role. We’re ready for that close-up, but nobody wants to watch the movie.

The shark feeds placidly on our flesh and the seven maids are sweeping as fast as they can, and those of us who love this country can only shed a bitter tear.
…enditem…