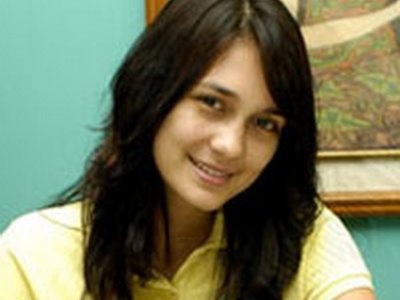 While genuine journalists and people with real concerns about press freedom and freedom of expression fight an uphill battle in Indonesia to reverse the trend toward greater limitations, an unlikely opponent to the struggle to speak or write freely has emerged: The Indonesian Journalists Association.
Recently, Kamsal Hasan, head of the Jakarta chapter of the Indonesian Journalists Association representing “infotainment journalists” reported a young sinetron actress and television hostess named Luna Maya to the police. Her crime? She is accused of having insulted that breed of journalist in a Twitter post. Apparently she posted something to the effect that such “journalists” are lower than commercial sex workers and murderers. Their allegation, however, can’t be verified, as her Twitter account is no longer accessible. Disregarding the fact that many real journalists would agree with that assessment, the idea of a journalists’ association using the controversial defamation and electronic information transfer laws to prosecute an Indonesian citizen for expressing her views, is deeply troubling.
Other journalists associations have recently been involved in controversy over the banning of the film Balibo here in Indonesia and have campaigned strenuously to have the film screened and distributed. That is a real issue, and an important one for journalists, as the film is a screen depiction of the events surrounding the murder of five foreign television journalists who were covering the Indonesian invasion of East Timor. It is also a real issue, and an important one for Indonesians. The film represents an alternative recounting of those events to the official Indonesia version, and as such would permit Indonesians to make an informed assessment of the facts and come to reasonable conclusion about events in their own recent history.
Some journalists associations involved themselves in protesting the expulsion of foreign media members from the country for reporting on environmental crimes in the Sumatra. Again, a serious issue, treated seriously, as the associations are there to protect the right of the people to hear alternative viewpoints and of journalists to report them. The freedom to express viewpoints is critical to any country that wants to call itself a democracy.
And yet, the Indonesian Journalists Association (or at least the chapter representing “infotainment journalists”) is attempting to stifle that very freedom, a freedom that its members, as much as any genuine journalists, depend upon to do their jobs.
It is certainly true that “infotainment” does not concern itself with matters like geopolitics, national politics, or economics, or with weightier subjects like democracy or human rights; nevertheless, it would seem that an association representing that sub-branch of journalism ought to be concerned with ensuring that its members are seen as legitimate journalists. Reporting one of their prey to the police for commenting unfavourably on their legitimacy has precisely the opposite effect.
What legitimate journalist, after all, would launch an attack on anyone’s freedom to express a point of view, even if it was a negative one about that very journalist? Clearly, a celebrity who is routinely aggressively covered by the paparazzi and who makes a statement like the one Luna Maya is alleged to have made is expressing a personal view, and that falls under the general rubric of “fair comment”. Were the members of the paparazzi damaged in any genuine sense by her well-founded frustration as expressed in her Tweet?
Certainly not. Not many rational people have any real respect for this particular species of “journalist”. The truth is, their feelings were hurt. Or they are flexing their muscles in an attempt to show other celebrities that they had better cooperate or they too will suffer the wrath of the Indonesian Journalists Association. Whatever the case, the act of reporting Maya Luna to the police for her angry Tweet was a petty, vindictive, spiteful lashing out at someone who had simply been fed an overdose of the excesses routinely practiced by “infotainment journalists”.
Once again, the right of an Indonesian citizen to express a view, negative or otherwise, is under legal challenge. Even as thousands of Indonesians contribute money to pay the fine of the last high-profile victim of abuse of the draconian defamation and electronic information transfer laws, the very people who ought to be defending the people’s right to free speech are abusing the same laws.
Can they not see that the right they exercise with such abandon must be extended to everyone, or it’s not a right at all?
One can only hope that the people will get behind Maya Luna with the same degree of outrage that they have in the case of Omni International Hospital against Priti Mulyasari. One can only hope that real journalists will call on the Indonesian Journalists Association to drop their complaint and act as though they cared about the most precious right any journalist can claim: the right to express oneself freely.
…enditem…