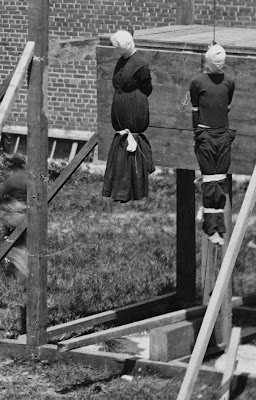 JAKARTA, INDONESIA – The Bank Century scandal which has plagued Indonesian President Susilo Bambang Yudhoyono’s government since it was discovered that the pre-emptive bailout cost some ten times the original budgeted amount, and since accusations were made that the bank’s financial rescue was carried out for political more than economic reasons, has turned into a political football for the recently re-inaugurated president and his team.

Swept into power for a second term in July, SBY cruised to a strong mandate on an anti-corruption and economic reform platform. Before the cabinet was even appointed, however, two major scandals started to make the headlines. In one instance, a sordid battle for power broke out between the much vaunted and highly effective Corruption Eradication Commission (KPK) on the one hand and the police and the Attorney General’s Office on the other. Accusations of extortion, bribery, and abuse of power were hurled against two senior KPK officials, leading their arrest and incarceration. When it was discovered through wiretap evidence that the two had been framed by the police in collaboration with the AGO, with suggestions that the president himself may have had some involvement, they were ultimately released, while SBY stayed out of the fray, citing a constitutional requirement that he remain neutral.
The case was left in something of a limbo, with no trial having resulted and one or two resignations of police officials being the only tangible result of what most observers believe should have resulted in a wholesale house-cleaning of the notoriously corrupt law enforcement branches.
Still making daily headlines is the other instance, the case of the bailout of Bank Century,l mid-sized bank that SBY’s crack team of economic technocrats decided to save from failure during the economic meltdown of late 2008, during SBY’s first mandate. Although initiated through proper channels, the bailout became an issue of contention when the cost of saving the bank grew exponentially beyond the budgeted amount. The real scandal got underway, however, when accusations that among the depositors saved from major financial losses by the bailout included some of the larger contributors to SBY and his Partai Demokrat’s campaigns arose.
The engineers of the bailout were primarily Sri Mulyani, the anti-corruption icon and then-acting Finance Minister, along with the country’s central bank, Bank Indonesia’s, head, and now the country’s vice-president, Boediono. The two are now the focus of most of the scrutiny.
Sri Mulyani became in international media darling with her apparent incorruptibility, her personal charm, her take-no-prisoners stance on corruption within the departments under her aegis, and her straightforward dealings with the press. Boediono, meanwhile, had been appointed governor of the corruption-ridden central bank to clean things up after yet another, previous, multi-billion dollar scandal, leaving his cabinet post to Ms. Mulyani. Clearly being groomed by SBY for something very big indeed, his effective performance at BI was rewarded by the popular president, and virtual shoo-in for a second mandate, with a place on SBY’s ticket as the vice-presidential candidate.
With the two well-respected economic technocrats among the high cards in the hand he played, SBY vowed to continue the war on corruption and pursue the economic successes his team had notched during the meltdown that left Indonesia, among Southeast Asian nations virtually unscathed. The current scandal shows all the portents of undermining that rosy picture.
With both the parliament (DPR) and the KPK launching probes into the bailout, the dream team has a real fight on its hands. The DPR probe is being spearheaded by Aburizal Bakrie, formerly SBY’s Co-ordinating Minister for the People’s Welfare, a cabinet post he assumed after demonstrating his incompetence in his original portfolio of Co-ordinating Minister of the Economy. Now the chair of the still powerful Golkar Party, the billionaire’s animosity to Sri Mulyani is well-known and with his vast network of connections, he has the power to do some real damage.
Neither Sri Mulyani nor Boediono has any deep political foundation to help stave off these attacks. Both are academics and Sri has repeatedly stated that she is not particularly politically ambitious, that her motivations are to do good work in areas where she can contribute to her nation. Boediono, while his political aspirations may extend beyond the vice-presidency, lacks the depth and breadth of political support enjoyed by those who are circling, looking for a point of vulnerability to exploit. Both of the beleaguered technocrats have SBY as their primary, if not only, powerful champion, which leaves them in a position of profound vulnerability, should the knives come out in earnest.
And SBY is playing his part true to form; using his posture of compromise and consensus as a way of avoiding any decision, and, incidentally, abandoning those who had every reason to depend upon his unswerving support.
So, arrayed against Sri and Boediono, two pretty much unaligned members of SBY’s hand-picked team of experts, are the combined entrenched forces of Golkar, the AGO, the police, the DPR, and quite probably feeling somewhat betrayed themselves, possibly even the KPK, just recently abandoned without the expected support of SBY in the previous scandal.
And where is SBY’s crack team, selected for their skills and integrity to turn the country around? Twisting in the wind.
…enditem…