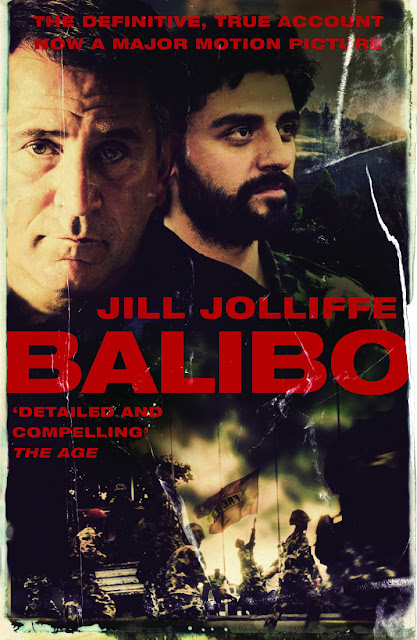 Balibo
A film By Robert Connolly
Running time 111 minutes
CINEMOD FILMS  & LAST STRAW PRODUCTIONS
Reviewed by
Patrick Guntensperger
JAKARTA, INDONESIA – Balibo is a tiny town, a village really, on the Timorese side of the border between what is now Timor Leste and Indonesia. Timor Leste or East Timor was a Portuguese colony until 1975, when it declared independence from Portugal. Nine days after the Timorese declaration of independence, Indonesian troops invaded the newly established country and a bloody conflict ensued.
Five television journalists working for Australian news outlets were present in Balibo and were reporting on the events when the Indonesian army (TNI) invaded the fledgling republic. During the invasion, all five reporters were killed and later a sixth was killed during combat at the capital of the newly established Timor Leste, Dilli. The new country was occupied by Indonesia and, for years until it achieved complete independence, was under Indonesian rule. In the interim, Indonesian investigations into to the deaths of the journalists determined that the young men were caught in a crossfire and that they were unfortunate collateral damage.
Australian authorities didn’t buy the results of the investigation and launched their own. After years of investigation, enquiring of witnesses, and forensic examination of the battle zone, in 2007, an Australian coroner’s inquiry determined that the journalists were specifically targeted by Indonesian invading troops and murdered.
The journalists have become known as the “Balibo Five”, and their deaths and the murder of a sixth journalist have become a diplomatic stick in the spokes of Indonesian/Australian relations.
Just recently the film, Balibo, a dramatisation of the events surrounding the deaths, has garnered high praise and numerous international film awards, and less than a week ago as this is being written, was banned by the Indonesian government censors for public screenings. Balibo is a film the Indonesian government does not want Indonesians to see.
In the first place, controversy aside, the movie is a terrific one. It is an exciting, authentic depiction of high drama and adventure; the fact that it is a true story only adds to its fascination. And the director and producers stand behind their version of the events. This is not a movie that “was inspired by actual events” or “based on a true story”. The title sequence states unequivocally that “this is a true story”.
The movie traces the actions of Roger East, played by Anthony Lapaglia, who is also the film’s executive producer, a veteran Australian journalist who is persuaded by East Timorese revolutionary Jose Ramos-Horta (Oscar Isaac) to accompany him to the war-torn East Timor as the head of the new country’s national news agency. Ramos-Horta wants his country’s story told and he believes the soon-to-retire East is the man to do it.
East agrees to go to East Timor to see what’s happening and will consider the offer. With Ramon-Horta, he sets out on a quest to find the five missing journalists. According to the movie (based upon the book Cover Up by Jill Jolliffe) and the Australian coroner’s court that investigated the case for years after the Indonesian government had declared that the journalists were caught in a crossfire, he finds that the Australians had been specifically targeted and, after having been clearly identified as foreign journalists, executed by Indonesian invading Special Forces.
As an adventure and political thriller the movie is very effective; it dramatises with surprising authenticity the realism of the circumstances under which professional journalists in conflict situations do their jobs. For anyone who has ever tried to cover a conflict such as the East Timor revolution, Balibo has an authentic feel that combines theatrical feature sensibilities with near-documentary realism.
Because of the realism of Balibo,  and the use of unknown (except for Lapaglia) actors, the acting is unnoticeable. The journalists seem to be just like any other young journalists doing their job and behaving like young, adventurous men in a profession at which they excel and which they love for its excitement and its significance to the world. Journeyman actor Lapaglia’s performance as the tragic character, Roger East, is seamless, nuanced, and spot on. 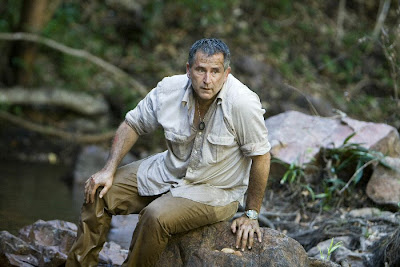 Lapaglia as Roger East
Shot in the actual locations the incidents portrayed occurred, there is a sense wasted beauty, of a devastated paradise that permeates the picture. It leaves profound images of a land that one can understand as being worth fighting for.
There is little point really in recounting much more of the plot of the story; suffice it to say that the Indonesian government has one story and pretty much everyone who has investigated the incidents has another, utterly different one. This is a movie. And it is a very good movie. Watch it as a movie. And if it interests you enough, do your own research into the historicity of the script.
By banning the film, the Indonesian government has done its best to ensure that interest in the Balibo Five will reach a peak in the months ahead.
Available illegally at virtually any warung that sells DVDs.
…enditem…