SBY’s position regarding the KPK-Police-AGO debacle is not only unclear, but profoundly damaging to Indonesia. His indeciseveness, if we are to give him the benefit of the doubt, demonstrates a near criminal lack of leadership. Seen in a less charitiable light it could suggest outright participation in a criminal act.

I wrote and Asia Times (Online) ran a different and somewhat more moderate version of this analysis. 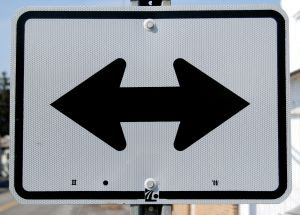 On the fence: SBY assumes the position
Patrick Guntensperger
Jakarta

Beleaguered Indonesian president Susilo Bambang Yudhoyono delivered his eagerly awaited announcement regarding the scandal involving the country’s Attorney General’s Office, the police, and the Corruption Eradication Commission (KPK) on Monday and, as expected, his trademark attempt to appease everyone satisfied no one.

Elected in July with an overwhelming mandate, SBY, as he is commonly known, has seen his political fortunes, his reputation, and his popularity tumble in the last few months. Embroiled in an ugly scandal surrounding his decision, based on his much-vaunted economics team’s advice, to bail out Century, a mid-sized bank, with government handouts, his most pressing problem recently has been the sordid conspiracy that is coming to light within the country’s highest levels of the judicial and law-enforcement systems.

The case first started to unravel with the arrest of Antasari, then the acting chair of the KPK, for his alleged contract murder of a businessman over a love triangle that included a young female golf caddy. While in custody, Antasari made and then withdrew allegations of bribery, influence peddling, and extortion within the KPK, an institution with a hitherto pristine reputation. Two deputy chairmen, Bibit Samad Rianto and Chandra M. Hamzah, were then found to be under investigation by the police who were collaborating with the AGO in putting together a case against the pair for having allegedly extorted protection money from Anggodo, brother of fugitive embezzler Anggoro, who is at large and openly living in Singapore.

Charges were laid and the two were detained. Bibit and Chandra, for their part, denied the allegations and claimed that Angodo had tried to bribe them through a middleman to drop the charges against his brother. In the midst of this “he said – she said” dispute, KPK tapes of conversations between Anggodo and a number of pubic officials within the police and AGO emerged and were leaked to the press.

The tapes were later played in court and contain clear evidence of a conspiracy to frame the two and, much to the president’s embarrassment, include references to him, suggesting that he was fully behind the frame-up.

Jakarta was once again paralyzed as students took to the streets demanding the release of Bibit and Chandra, or the president to resign, vowing that blood would be shed if their demands were not met.

SBY formed “The Team of 8”, an ad hoc fact-finding team comprised of lawyers and high profile anti-corruption advocates, to look into the scandal that was becoming more squalid every day. The team rapidly produced their report and recommendations. Among their findings were that there was no case against the KPK deputies Bibit and Chandra, and their recommendations included that the investigations and case building against the two deputies be halted at once, and that both the AGO and the police undergo immediate restructuring. True to form, SBY took this all under consideration and assured the country that he would announce his decision on next steps in about two weeks on Monday, November 24th.

Also true to form, the announcement, when finally made, disappointed anyone who was expecting decisiveness from SBY, and baffled many observers as to its intent. His ruling on the matter was that the case against Bibit and Chandra should not be taken to court. He was however unclear as to whether the case ought to be dropped, the investigations halted, or what exactly everyone should do.

“In the first place, I believe that the court is the right forum to determine whether or not Chandra M. Hamzah and Bibit Samad Rianto are guilty, on condition that the investigation and prosecution processes are fair and objective, with strong evidence and strong public trust”, SBY said in his 8 pm announcement. He went on to say, “However, as in (the case’s) development there is a growing public distrust of the police and the AGO…the better solution and option…is that the AGO do not bring the case to court.” Chandra and Bibit have all along indicated that they wish to have the matter brought to trial so that they could be vindicated of charges that include abuse of power, bribery, and extortion.

And then, going beyond the Team of 8’s recommendations regarding the AGO and the police, he added, “Immediate efforts to correct and improve the three institutions are necessary,” suggesting that similar fault could be found in the KPK.

Even the defendants Bibit and Chandra’s lawyers were not clear as to the presidential intentions. Chandra expressed their confusion to the press, “What does he mean? Maybe we should wait two or three days to see the clearer picture.”

SBY`s attempts at appeasement and his palpable desire for calm are characteristic of his presidential style. He is quoted as saying that he “did not want disharmony between the KPK, the police and the AGO to be permanent.” Nevertheless such “disharmony” is likely to persist as the parties are natural enemies, with the KPK tasked with rooting out corruption, and the AGO and the police rated as among the most corrupt institutions in one of the most corrupt countries in the world. Most observers see no possibility of détente among the warring factions as long as the KPK exists and the current staffs of the law enforcement and judicial branches of the Indonesian government remain in office.

As things stand, SBY has neither calmed the situation nor even addressed the critical issues. By suggesting that this is a family squabble that can be sorted out if everyone just shakes hands and talks things over politely, he has demonstrated a remarkable sense of denial and has exacerbated the situation.

None of the parties is satisfied with his response and each feels betrayed by his including them in his broad statement that all three institutions need reform. Moreover, his ambiguity as to what is supposed to be done has left everybody scratching their heads and wondering what comes next. There exists the likelihood that this will undermine SBY’s credibility as the nation’s leader, demonstrating, as it does, a distinct lack of leadership.

Most observers and editorialists take the view that SBY has squandered a golden opportunity to strike deep into the heart of the endemic corruption in Indonesia. The prevailing sentiment is that he should have taken radical steps to clean house within the police and the AGO while he had demonstrable public sympathy for taking drastic action. Trying to instigate a group hug among people willing to extort, frame, and possibly even kill one another seems to all too many Indonesians to be a sign of a weak and ineffectual president.
…enditem…