As Indonesia grows into her recently acquired liberty, it’s critical that we who live here and care about the progress we’ve made toward genuine freedom remain aware that there are powerful forces that would prefer to curtail that freedom. Guarding against sliding backwards into totalitarianism is something every citizen and resident has to take upon him or herself.

I wrote this essay to make that point. 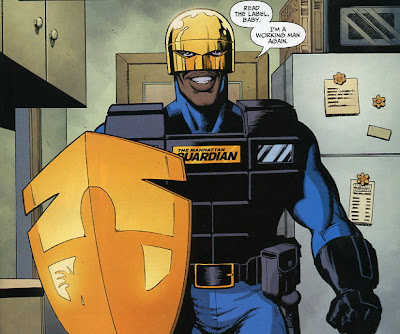 The price of freedom
Patrick Guntensperger

Old habits die hard, it seems. In Indonesia, the habit of officialdom to avoid scrutiny and stifle opposition has come into play once again.

While all the facts are not yet known, the police in Sumatra recently arrested, detained, interrogated, and ultimately deported two foreign journalists who had been reporting on Greenpeace anti-deforestation actions. It isn’t exactly a secret that the military and the police benefit financially from illegal logging and forest conversion throughout the archipelago, and that those institutions would prefer to avoid public scrutiny of their activities. Nevertheless the police cited vague “illegal activities” on the part of the Indian and Italian reporters whom they threw out of the country for doing their jobs.

The impunity with which press freedom – and therefore the public’s right to know – is disregarded is worrisome. The habits developed during the rule of former dictator Soeharto still exist within many branches of this government; the sentiment seems to be that the people are there for the benefit of the government’s forces rather than the reverse. If the public wishes to know what their public servants are up to, those public servants still seem to feel that it is an intrusion that they can simply quash by force.

Meanwhile, in Jakarta in a completely unrelated story, that same sentiment is being demonstrated.

The country is reeling from the daily revelations of malfeasance at the very highest levels of the Indonesian law enforcement and judicial systems. Police apparently frame rival authorities, bribery and abuse of power is routine, and even murder seems to be sanctioned within the country’s power structure. Wiretapped evidence seems to indicate that key members of the KPK were set up by the police, that there was a conspiracy to jail the corruption-busters on false charges.

So where are the police directing their efforts? They have summoned reporters and editors from Indonesian newspapers who reported on the wiretap evidence. They want to know how they became aware of the tapes before they were played and transcribed for the court. The law enforcement officials are apparently more concerned with the scrutiny of the conspiracy than with the primary fact of the conspiracy itself.

For the police to summon reporters and editors for interrogation, presumably to identify their sources, is a fundamental intrusion into one of the fundamental freedoms that democracy offers. If a country is to have genuine freedom and if its government is to have any credibility, a free press is non-negotiable. And critical to press freedom is the right of journalists to protect their sources.

People must feel confident that if they provide a member of the press with information, their identity will be secure and they will be safe from retribution by those upon whom the press is reporting. If the story being reported is about criminal activity by the police themselves, protection of a source’s identity is even more crucial.

For those of us in the business of communicating facts and opinions to the public, the degree of legal restriction on freedom of expression is deeply troubling. At the moment, there are thirty seven individual provisions within the Criminal Code for legal sanctions against various forms of expression. These range, as we have recently seen, from possible jail terms for describing via SMS shoddy treatment at a hospital, to incarceration for defacing a likeness of the country’s president.

While no freedom can be absolute – it is illegal in the most liberty-obsessed societies to shout “Fire!” in a crowded theatre for example – the degree to which freedom of expression is restricted here in Indonesia is a matter for some concern. Thomas Jefferson put it best when he said that the price of freedom is eternal vigilance. Indonesia has become a free country in the last dozen years, but we must never take that freedom for granted. We must watch carefully and we must object when we see our freedoms being unreasonably curtailed.

When reporters are deported for reporting, we must ask why; we must demand to know exactly what “illegal activities” they are accused of and under what statutes they are being prevented from doing their work. When the police interrogate journalists to find out who leaked information about illegal police activities we must demand transparency in the proceedings, and the reporters must be allowed to refuse to identify their sources.

Freedom was a long time coming to Indonesia; now that we have attained a high degree of liberty, our antennae must be constantly on the alert for backsliding. There are always those who will seek to restrict our liberties for their personal benefit. Freedom is too precious a commodity to let ambitious or greedy people run roughshod over it. We must be eternally vigilant.