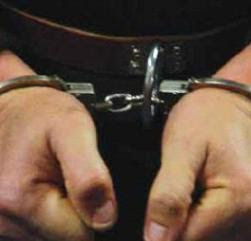 Indonesia’s much vaunted Corruption Eradication Commission (KPK) has been something of a Golden Child, the visible, high profile evidence of reform President Susilo Bambang Yudhoyono’s tenure. Throughout the world SBY has been seen as a president with his sights set firmly on the reduction, if mot the elimination of corruption in Indonesia, long recognised as among the most corrupt countries on Earth.

The erstwhile dictator Soeharto not only ran for the benefit of himself, his family, and his cronies, what has been described as the most corrupt government of the 20th Century, but he left Indonesia a legacy of institutionalised, systemic, and systematic corruption that has crippled the country. It wasn’t until Indonesia’s first directly elected head of state, SBY, took power that any serious or effective measures to combat the cancer in the body politic were instituted. The post visible and by far trhe most effective specific against the endemic corruption was the KPK and the special Corruption Courts that tried the cases prepared by the autonomous KPK.

During its halcyon days, the KPK earned and developed a reputation that combined the incorruptibility of Elliott Ness’s Untouchables with the RCMP’s legend of always getting their man. Charged with investigating and preparing cases against serious crimes of corruption, largely crimes that included abuse of power and cost the state money in excess of USD 100,000.00, they had a 100% conviction rate in the Corruption Court and higher sentences were handed down for crimes of corruption than in any other courts in Indonesia. In the District and Supreme Courts which tried cases brought by the KPK’s rivals, the state police, the conviction rates were laughably low and the sentences mere tokens.

The KPK naturally developed powerful and ruthless enemies; not the least of those enemies included the members of parliament (DPR). The DPR has long been considered a pocket-lining sinecure for the politically connected, and a seat has always been a virtual guarantee of wealth and power. Besides the exorbitant salaries, allowances, and other perks, DPR members have always enjoyed access to the sorts of bribes and budgetary shrinkage that ensure prosperous retirements.

On the law enforcement side, the national police have always resented the KPK, both for its reputation and success, as well as the fact that as rivals, the KPK was prone to investigate the illegal money-making activities of the police themselves.

Surrounded on all sides by enemies and those with vested interests in seeing their failure, or better still, utter disbandment, as well as enjoying the mixed blessing of autonomy, it is hardly surprising that eventually the KPK would come under serious fire. Such seems to be the case at the moment.

Their autonomy, while granting the KPK the freedom to investigate anyone up to and including the president and his staff, also eliminates his personal protection of their existence. Should they come under fire, SBY is constrained to respect their autonomy and stay out of the fray, lest he be perceived as employing the KPK as his personal political tool for the persecution of his political foes.

And under fire they are.

The KPK’s serious woes started when the acting chairman, Antasari became embroiled in a spectacularly sordid murder case, involving an alleged love triangle with a businessman and a female golf caddy, a motorcycle drive-by shooting, and allegations of high-level influence peddling. Antasari himself was charged by the KPK’s rival, the national police with orchestrating the murder and his trial has just started. Having been detained in custody for several months, he has implicated some high-ranking national police officials with abuse of power.

One of them, Chief of Detectives Susno has been declared not guilty of abuse of power, but he has accused two of the KPK’s commissioners of extortion. The national police are now investigating what they claim are irregularities to determine whether they are to be named as suspects in charges of abuse of power. To be named a suspect in Indonesian jurisprudence is akin to an indictment under United States law, and would likely lead to detention pending trial.

Meanwhile the DPR has deliberately been dragging its feet debating the Corruption Court law, knowing that if the sitting parliament fails to complete its task, the procedure will have to start from scratch when newly elected members form the new parliament, a task that would be virtually impossible to complete before the deadline early in 2010. Their contribution thus far has been to spend weeks debating the name of the law and, when pressure mounted from the public to get on with things, they spent a great deal of effort proposing changes to the draft law that would water down the powers both of the KPK and the Corruption Court itself, reducing it to little more than the ineffective District and Supreme Courts, widely seen as, if not actually corruption friendly, at least soft on reform.

So while the police and the DPR, both perceived by Corruption Watch as being among the most corrupt institutions in one of the world’s most corrupt countries, assiduously work on emasculating the single most effective anti-corruption mechanism ever introduced in Indonesia, SBY is in an awkward position. Effectively hamstrung while criminal litigation is underway, the President finds himself offering names for consideration as KPK commissioners to replace the ones under investigation. These candidates will have to be considered and undergo fit and proper tests by the DPR, the most frequent targets of their efforts, and the investigations will likely be carried out by the the KPK’s bitter rivals, the national police.

Moeover, SBY, if the KPK and its associated Corruption Court is to have any teeth at all, will have to issue a decree in lieu of law, an authority possessed by the chief executive but which eventually will have to be ratified by parliament, the very institution that has the most to lose with an effective KPK and has so efficiently impeded their work.

The ongoing power struggle between the entrenched forces of entitlement and the elected reformers has caused damage both to the effectiveness of the anti-corruption task force, the KPK, but has also tarnished its image as untouchable and incorruptible. Whatever happens as far as the newly established KPK and its judicial arm, the Corruption Court is concerned, the glory days of the KPK seem to be over. Indonesia will, in all likelihood continue to trudge down the tortuous path of reform, but those who enjoy the vested interests bequeathed by Soeharto will continue to prosper and true and lasting change won’t come about until long after they have retired and enjoyed the wealth they have stolen from this country.