Another piece on the same subject….this one ran in Asia Times Online 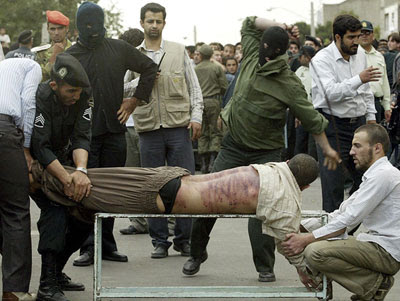 JAKARTA – Once a hotbed of Islamic insurgency, Aceh is now turning to religion in peacetime. This month, the Indonesian province’s legislative council passed a series of sharia-inspired bylaws to its criminal code, controversially bringing the Muslim-dominated northern tip of Sumatra island under some of the strictest readings of the Koran.

Aceh’s move represents an important test for recently re-elected President Susilo Bambang Yudhoyono, who currently includes four religious-based political parties in his coalition but has ruled and campaigned mainly in secular fashion. While Yudhoyono has been commended for uprooting religious extremism, including last week’s killing of wanted terror mastermind Noordin Mohammad Top, he has simultaneously been criticized for allowing thepassage of certain reactionary bits of legislation.

That included a pornography bill that threatened certain minority groups’ customs and values, including Balinese and other traditional dances. Another move banned the activities of the Ahmadiyah sect, an offshoot of Islam with followers around the world that some devout Muslims consider heretical to the religion.

Before the new ordnance’s passage, Aceh already saw frequent public floggings of locals who
roke Islamic laws, including for the consumption of alcohol or gambling. Sharia police have also more strictly enforced codes requiring women to wear the jilbab head covering while in public places in Aceh.

The new legislation pushes the fundamentalist stakes higher by allowing for stoning for crimes including adultery and corporal punishment for homosexuality, among other breaches of what the laws’ proponents refer to as Muslim “ethics”. One worrying aspect of the stoning for adultery provision in the new ordnance is that it allows the punishment to be doled out to both Muslims and non-Muslims.

Critics note that Islamic political parties that have campaigned on imposing sharia-based laws have fared increasingly poorly at democratic polls, with their share of the vote falling from 38% in 2004 to around 29% at this year’s legislative elections. They contend that Aceh’s new sharia-influenced ordnances are thus out of step with the country’s democratic direction and longer tradition of religious tolerance and secularism.

As part of a peace agreement brokered between Free Aceh Movement (GAM) rebels and Yudhoyono’s government in 2005, Aceh was given special autonomous status that allowed it more self-governing powers compared with the archipelago’s other far-flung regions. That included local legislative powers to impose independently criminal laws, even apparently if those adopted are at variance with the national criminal code.

Although there have been some high-level rumblings about the constitutionality of the new ordinances, some believe Yudhoyono’s government has remained mum because the sharia laws were passed by an outgoing provincial legislative council and the legislators represented by the less-radicalized Free Aceh Party to the new body could reverse the outgoing body’s decision.
Decentralization measures have been implemented across the country in recent years, in reaction to the 1998 fall of former dictator Suharto. While aimed at avoiding the highly centralized power that characterized Suharto’s often abusive 32-year tenure, the power devolving measures have also reduced regions’ accountability and sometimes created mini-fiefdoms over natural and other resources for provincial elites.

The special status granted to Aceh has taken those powers of self determination even further by introducing laws that some contend violate the national constitution. Indeed, the laws’ passage has raised the hackles of certain civil liberty and human-rights groups.

On September 15, the day some aspects of sharia became the law of the land in Aceh, the National Commission on Violence Against Women demanded a review of the 2006 law that gave Aceh autonomous powers. The 2006 law appears to have granted local legislative bodies exclusive jurisdiction over whether to impose sharia-based ordinances in the province.

Ninik Rahayu, the commission’s deputy chairwoman said that although Aceh had been granted special status at the treaty negotiations, that status did not give local authorities carte blanche to enforce any regulation they divined. “Aceh remains a part of Indonesia, so its local regulations should not contradict higher laws,” she said at a press conference.

Rahayu said that the new regulations could be considered a breach of the Indonesian constitutional guarantee of human rights for all. Constitutional Court chief Muhammad Mahfud Md, who could ultimately be called to rule on the constitutionality of the new ordinances, says that for now his court’s hands are tied.

He has suggested that Aceh authorities could be challenged when they move to actually prosecute offences committed under the ordinances, such as stoning as punishment for having an extra-marital affair, that are also regulated by the national criminal code.
Some of the blame for the controversy, which now seems poised to snowball into a center-versus-periphery legal confrontation, rests with Jakarta. Both the Home Secretary and the Supreme Court had to sign off on the proposed legislation before Aceh could endorse the ordinance.

Over 30 years of sectarian violence in Aceh drained the military’s budget, resulted in the deaths of tens of thousands of Indonesians, and took a negative toll on the country’s international image. Many believed after Suharto’s fall that restive regions like Aceh would bid to break away from the Indonesian center, as witnessed in East Timor and still advocated by a suppressed guerrilla rebel group in resource-rich Papua.

The Aceh peace deal was widely viewed as one of the biggest achievements of Yudhoyono’s first term, one that saw his and Vice President Jusuf Kalla’s names raised as possible recipients of the Nobel Peace Prize.

Now some worry if Yudhoyono’s government actively challenges the constitutionality of Aceh’s new ordnances, the autonomy-granting peace treaty could start to unravel for reasons of religion.