This op-ed was picked up by The Jakarta Globe and published Tuesday, September 8/09 in “The Thinker” column under my byline with a headline that includes the words “Cinematic Paradise” (The exact header depends on whether you have the online or print version.)

I encourage anyone who feels strongly about issues of freedom of expression to write in to the Globe and express your views. This is, in my view, an important issue…too important to let a few bureaucrats legislate themselves new ways to seek bribes. 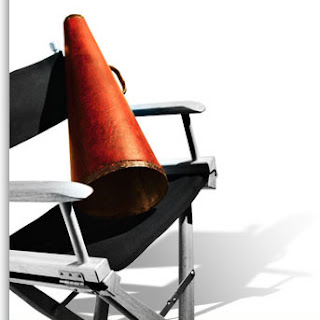 Around the turn of the last century, the world’s centre of the movie business wasn’t Mumbai; it wasn’t even Hollywood. It was New Jersey.

After Thomas Edison invented the motion picture camera and did his level best to sew up the patents on everything from the film stock they used to the screens the product would be projected onto, “the Garden State” became the only place on earth where commercial motion pictures were produced. But long winters interrupting location filming, mounting costs, and a great many debts (mostly to Thomas Alva Edison), and the requirements for shooting permits and other forms of official intrusion into the new business/art form sent the young and ambitious cinemaphiles looking for more salubrious climes.

They packed up their hand-cranked cameras, grabbed their megaphones, jodhpurs, and canvas chairs, and headed west. Eventually they settled in the suburbs of a sleepy California town with perpetual summer, great scenery, and within a day’s runner of the Mexican border, should the bailiffs come calling. Best of all, there was the freedom to film what they wanted with little interference from officialdom. Thus was Hollywood born.

Fast-forward a little over a century and zoom in on Indonesia. The country has a rich pool of talented filmmakers. Both technically and artistically, our young filmmakers are on a par with those of any other country that boasts a relatively immature film industry. Obviously, long cold winters are not an issue for location shooting. It should go without saying that Indonesia’s scenery – urban as well as rural – is incomparable, providing location possibilities that could only be dreamt of by the New Jersey refugees. As democracy becomes entrenched in Indonesia, the country is poised for an artistic explosion that could very well make this country the artistic and economic centre for filmmaking in Southeast Asia.

All the film industry in Indonesia needs, if it is to develop into a world class industry, is to build a portfolio. There is a need for many, many, film to be made; good films, bad films, indifferent films. There is a need for cross-pollination of creative sensibilities, and a skill transfer from other countries that have produced large bodies of world class cinema, from the US and Hong Kong and India; that can easily be achieved through co-production deals and through the promotion of Indonesia as a desirable location for exteriors in major motion pictures.

To accomplish all of that, the government needs to do two things: stay out of the way and help where it can.

As far as the latter is concerned, the country’s suitability for location shooting could be made part of Indonesia’s foreign investment and business development strategy. Our foreign delegations to countries with strong film industries ought to be brought up to speed on what filmmakers are looking for: location, location, location. As well, they want lower labour costs than are available at home; a major motion picture is extremely labour intensive and requires hundreds, even thousands of unskilled and semi-skilled workers on location shoots. They also want qualified technicians (we have them), and they want talented people for the art department (we have them also). But mostly they want their shoot to go smoothly and without significant interference from officialdom.

And that’s where the government can be the most helpful; it can stay out of the way as much as possible.

The most off-putting things you can tell a film producer are that a shooting permit is difficult to acquire and involves numerous hurdles; that many layers of bureaucracy will be involved; that the process takes much time; but above all, that the scenario or title or shooting script must be approved.

These things are actually proposed at the moment, along with another bill that restricts product placement in films, and there is discussion of creating a new censorship board; there is virtually no hope of attracting foreign film production to Indonesia until that level of governmental control over an art form is rejected by the country’s legislators.

But more importantly, the proposed legislation will hamstring the possibility of the development of a world class indigenous film industry. The Indonesian film industry needs to be nurtured and cultivated, not tamed and restricted; any creative activity grows better without needless interference.

There is no prevailing need to control this particular art form; and more than any other art-based industry, except perhaps the music industry, cinema generates employment, tax revenues, and a positive image of the country represented.

It would be good for Indonesia as a whole if the artistic community, particularly its higher profile members, as well as the general public were to make a concerted appeal to our legislators to abandon the misguided direction of the legislation being considered. The greatest help our legislators could provide at the moment is to seek ways to eliminate, not increase restrictions on the freedom of expression film relies upon.

Patrick Guntensperger is a Jakarta-based journalist and teacher of journalism who, in his misspent youth, worked in the film business in various capacities from stuntwork to scriptwriting.