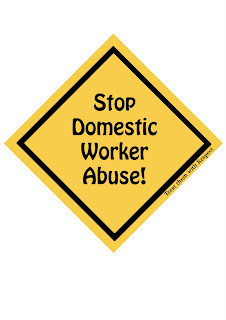 As today marks a day where the international community seeks to recognise the contribution of foreign domestic workers (FDW), CARAM Asia and its members call on governments throughout the world to immediately amend national employment laws to recognise domestic work as work.

The International Solidarity Day with Foreign Migrant Domestic Workers was first launched in Sri Lanka following a successful Colombo Summit in 2002. Herein it was decided by CARAM Asia alongside nine regional and international organizations and 132 other participants that August 28th should be used to highlight the plight of foreign domestic workers and the need to recognise domestic work as valid mode of employment by the international community and other stakeholders.

Despite decades of mobility and employment, it is deeply disconcerting to note that foreign domestic workers still remain one of the most vulnerable demographics in the world’s employment market, who are continually subjected to abuse and exploitation. Without the recognition of employment, domestic workers are continually denied a weekly paid day off, forced to work up to sixteen hours a day due to a lack of a fixed number of working hours as well as being denied access to healthcare services.

Furthermore due to the nature of the work, domestic workers are confined to their employer’s sphere of influence, and as a result many are frequently abused but because of minimal redress mechanisms, employers and other perpetrators frequently escape criminal prosecution. 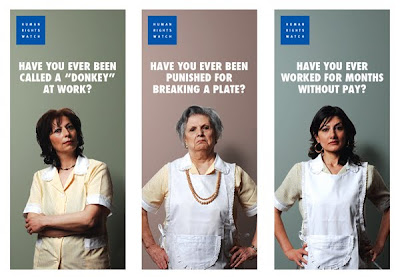 Employers in host countries are also frequently known to ensure that domestic workers remain isolated and solely dependent on the family by cutting off communications with their own families. Since the personal documentation of the foreign domestic workers is often withheld, many of them are arrested, detained and then deported from their host countries if they attempt to flee abusive or exploitative treatment.

The extreme institutionalised exploitation of domestic workers has been ongoing for the past three decades, and as numbers of FDW continues to rise, so too does the risk of abuse. In fact, it is clear that the previously listed rights violations ferment an environment of bonded labour with intense servitude and debt bondage that constitutes trafficking in persons. Moreover, the cycle of abuses that are inflicted on migrant domestic worker will continue until the governments protect the rights of domestic workers by guaranteeing the rights through the legally enforceable mechanisms with due oversight and accountability.

In keeping with the recognition of domestic work as work, next year the International Labour Organization (ILO) will start working on the process of adopting a new standard for domestic workers that could possibly lead to a new specific Domestic Workers Convention. CARAM Asia calls on all governments around the world to amend and make additions to domestic employment legislation to include domestic workers. Such a move will act as a progression in line with the forthcoming international standard setting process that recognises domestic work as work to be discussed at the next International Labour Conference in 2010.

· All countries must immediately sign and ratify the International Convention on the Protection of the Rights of All Migrant Workers and Members of Their Families (ICRMW, 1990)

· States must develop redress mechanisms for effective accountability of non-state actors such as labour recruitment agencies, employers and brokers for any violations against domestic workers

Many thanks;
Christopher Pearman
Information and Communications Officer
CARAM Asia