Tommy Soeharto running for the chairmanship of Golkar is as outrageous as his skating for having murdered a judge. That there is no resounding backlash from the people of Indonesia is the only thing that could be more offensive than his palpable contempt for the people his family raped and he continues to abuse. 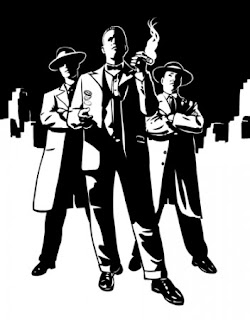 At one time it was Indonesian dictator Soeharto’s political machine; it was the enormously powerful ruling party of Indonesia, and the only horse in the one-horse-race that was Indonesian politics. Today, while still influential, Golkar is in disarray, searching for relevance, and desperately trying to find its political core. A measure of just how chaotic things are inside Golkar is the fact that Hutomo (Tommy) Mandala Putri, the late dictator Soeharto’s son, has thrown his hat into the ring in the race for the party’s chair, and his candidacy is being taken seriously.

Originally formed in 1964 as an association of 97 NGOs – with the clandestine backing of senior army officers, who were required by law to remain apolitical – Golkar grew rapidly as an anti-communist organisation. After his assumption of the presidency in 1968, Soeharto, who was still unaffiliated, recognised that he needed a political party to consolidate his power. Wishing to distance himself from Soekarno’s Indonesian National Party (PNI), he cast around and ultimately settled on Golkar, which had grown to a coalition of 220 organisations with a strongly anti-communist bent. Moulding Golkar into a political machine, he remained in power for another thirty years with the unquestioned backing of the party.

Over the years, Golkar became the only real political force in Indonesia, often employing gangs of soldiers and other thugs to intimidate political opponents, and encouraging the bloated civil service to vote for Golkar as a “sign of loyalty”. Only Golkar members were promoted, and at the peak of his power, virtually everyone in the government was a card bearing Golkar member.

After Soeharto fell and Indonesia began the process of incremental democratisation, Golkar functionaries carried on as though nothing had changed. Although there are now over 130 political parties and elections are as free as any in Southeast Asia, one-time Golkar members still dominate the political landscape. Virtually every major player in the last two elections has strong ties to Golkar and the enormous and still-powerful civil service still sees itself as carrying on in the Soeharto tradition.

This last election, however, has finally brought home to the Golkar stalwarts that the times they are indeed a changing’. The chairman of Golkar, Vice-president Jusuf Kalla, contested the presidential election and was soundly trounced, placing a dismal third in the polls. Even in the legislature, Golkar candidates made a poor showing, giving ground to upstart parties and not even taking sufficient seats to form a credible opposition.

Golkar’s upcoming convention is likely to be a critical one in the party’s history. A clear direction needs to be established, and that will require a new leader. Before the election, when the polls were showing that Kalla was heading for a major loss, there were already internal calls for a leadership change; Golkar, always willing to eat its dead and wounded, recognised that Kalla had outlived his usefulness and the knives were out.

Speculation as to who would be the heir to the kingdom was rampant then, and is an even more popular pastime among pundits today. Until last week, the safe money was on Co-ordinating Minister for the people’s Welfare, billionaire businessman Aburizal Bakrie. He has a great deal of internal party support, including that of influential former party chairman Akbar Tandjung, himself a former close associate of Soeharto. It is also well known that Indonesian president Yudhoyono is beholden to Bakrie for his previous financial support, support for which he was rewarded with the two most powerful cabinet positions in the country, and Golkar dearly wishes to remain close to the seat of power.

What virtually every analyst agrees upon is that this is a make-or-break meeting for Golkar. Outside observers believe that unless the party embraces some young charismatic potential leadership candidates instead of shuffling the old New Order faces around, the party risks becoming utterly irrelevant and may be reduced to little more than an historical footnote after one more national election cycle.

Nevertheless, Hutomo (Tommy) Mandala Putra, has announced that he feels a call to lead the party. Analysts believe that the move is at least partly inspired by Tommy’s desire to thwart Bakrie’s ambitions as an indirect way of striking out at Akbar Tandjung and other Bakrie backers, a group that Tommy has long believed were responsible for his father’s ouster. Saying that the time is right for him to assume the leadership of the party his father founded, Tommy managed to make headlines all over the world with the sheer audacity of the move.

On a technical note, his father didn’t found the party as Tommy claims, and moreover, there are several impediments to his right to contest the party’s leadership. From an internal party perspective, there are internal regulations that require a chairmanship candidate to have held a party leadership position within the last ten years, something other commitments, including incarceration, prevented Tommy from doing. On the other hand, there is another regulation that states that there are no restrictions on a party member’s right to nominate himself for the chairmanship; Tommy has taken that to mean that as a card carrying Golkar member he has the right to run. Although the “difficulty” has been pointed out, it looks as though no one, out of deference, will seriously object.

But from an external viewpoint Tommy’s greatest impediment to a career in national politics is that he is an acknowledged murderer.

Soeharto’s eldest and favourite son’s greatest claim to fame is that after having been convicted of corruption, he arranged the contract assassination of the Supreme Court judge who convicted him. Tommy was then tried and convicted for that crime, but, as a respected relative of ‘Pak Soeharto, he was given a lenient sentence, which SBY then commuted; Tommy ended up serving less than five years for the contract killing. That those months were spent mostly playing golf while surrounded by his cronies and his team of bodyguards is an open secret and has never been in question.

Since his release, Tommy has been occupied with running his business empire, estimated to be worth some 35 billion dollars, entirely founded on money embezzled from the people of Indonesia and initially fuelled and supported by monopolies granted to him by his father, the country’s dictator, Soeharto. But Tommy claims to believe in his duty to the country his father raped, and is stepping up to do it. Tommy describes himself as a risk taker and someone who sets his sights high; there is little question that his ultimate goal is the presidential palace once occupied by his father.

Soeharto’s shadow is still so long in Indonesia that Tommy’s candidacy will be taken seriously. Part of his father’s legacy is the fealty of his supporters, and that has been passed on to the next generation. There is little question that he will be a force to reckon with at the convention, and there is every possibility that he will win the chairmanship. That said, Golkar’s future will be one that a month ago no one could have expected and at this point no one could possibly predict.