An edited version of this piece can be found on theAsia Times (Online)website atimes.com
The hunt for Noordin M Top
Patrick Guntensperger
Jakarta 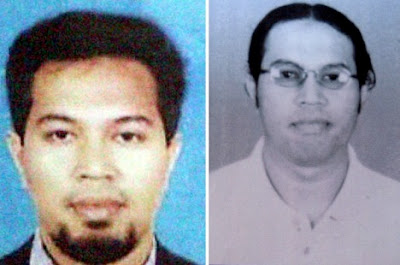 Indonesia heaved a collective sigh of relief last week when several local television networks announced that Noordin M Top, Indonesia’s most desperately wanted terrorist and suspected organiser of the deadly JW Marriott and Ritz Carlton bombings, had been arrested. Later reports breathlessly announced that he had been killed during a televised siege at his hideout in central Java. Some reports also carried the qualifier that the Indonesian police who conducted the investigation, pursuit, and siege took the “official position” that the terrorist had in fact neither been arrested nor killed. The story was picked up internationally and amplified. The problem was that only the denial by the police was true.

Noordin Mohammed Top, the elusive terrorist, was born in Malaysia and is alleged to have been a key bomb maker and financier for the Al Qaeda-associated terrorist group Jemaah Islamiya, before breaking away to form his own more radical splinter group. One of the most wanted criminals in Asia, he appears to have a network of followers who are willing to harbour and protect him. He has access to money and he appears to possess uncanny powers of persuasion, managing to convince people not only to help hide him from his pursuers but, on numerous occasions, to commit murder-suicide for him. Prior to his freelance career the FBI described him as “an officer, recruiter, bomb-maker, and trainer for the Jemaah Islamiah (JI) group.”

While Islamic groups in Indonesia occasionally make mild statements to the effect that Top’s brand of radical terrorism doesn’t reflect the views of the majority of Muslims, and that Islam is a religion of peace, Top’s apparent grassroots support has many observers taking those statements with a grain of salt. Top’s ability to move around the country with impunity and to find bomb-making materials and space, vehicles, shelter, cash, and even new recruits while remaining on virtually every “Most Wanted” list in Asia and abroad seems to suggest that support for his cause runs deeper than the apologists would have us believe. Every moment Top remains at large reinforces that suspicion.

Meanwhile the local media outlets are having a field day covering the manhunt.

When Indonesian national police officers surrounded and laid siege to the house at Temanggung in Central Java where it was believed that Top was hiding, live, moment- by-moment coverage was provided by every television network and station that had remote broadcasting equipment. The siege became an epic media event that had the competing broadcasters, in their race for breaking news, report every rumor and suspicion as fact. While it turned out that the body of a man killed in the gun battle seems to have been one of the terrorists, possibly recruited by Top, the body is not that of Top himself; it is likely he was not in the house at the time and may well never have been.

The police have blamed the confusion on the media, claiming that the reporting was “overly aggressive” and interfered with the police operation. There is some indication that the journalists’ proximity to the base of operations and their live reporting of the events might actually have prolonged the standoff by providing the besieged terrorists with valuable intelligence concerning police tactics and strategy.

The overly aggressive reporting has prompted Indonesian President Susilo Bambang Yudhoyono to call upon the media to temper their responses and to consider the impact of their reporting. The Indonesian Press Council has also commented on the lack of professionalism displayed by journalists covering the manhunt and shootout.

In a country where freedom of expression and freedom of the press are hot-button issues, this gonzo approach to news coverage carries the potential for undermining reform. The government’s reluctance to unfetter the press completely is often accompanied by references to press ethics and professionalism, or the lack thereof. Any perception that Indonesian journalists disregard the truth, don’t confirm stories before publishing, or run with gossip and innuendo can only have a negative impact on the forward strides being made in the country’s hard earned but growing press freedom.

The coverage of the shootout has also heightened the tension between the police and the press, a dangerous situation in a country where at least six separate sections of the Criminal Code potentially provide jail sentences for material published. The police, at first hailed as heroes for having brought down the region’s most feared terrorist, were later vilified as glory seekers for seeming to have grabbed credit they hadn’t earned. The police are now pointing out that their official position was always that they hadn’t captured or killed the fugitive Top, and that the reports were simply speculation and rumor.

For their part, the journalists are insisting that reports of the death of Top and the success of the operation were based on information provided by sources inside the police force. They, of course will not reveal those sources who, they say, wish to remain anonymous.

Despite the fact that at least one terrorist was taken out of the game and part of the Noordin M Top network detected and shut down, security analysts believe that Indonesia remains under the dark cloud of terrorism. Even if Top is captured or killed in the near future, the threat will be only marginally diminished.

Insp. Gen’l (ret) Ansaad Mbai head of the counterterrorism desk at the Office of the Coordinating Minister for Political, Legal, and Security Affairs was quoted as saying, “Even if it’s true that Noordin was killed in the raid last week, it doesn’t change the fact that our country remains under serious threat of terrorism.” He went on to say, “Killing Noordin will only slow terrorist attacks, but his followers will soon gather once more and plan more attacks.”

If Mbai is right, Indonesia could be in for another series of escalating annual bombings at locations perceived to be associated with Western interests; a bleak prospect for a country desperately trying to enter the developed world.