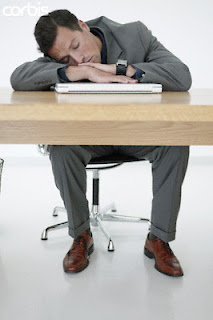 I wrote this opinion piece as a reaction to the stunning efficiency with which Indonesia’s legislators were able to combine their two favourite activities: blocking any efforts at corruption reform and doing absolutely nothing. It takes dedication and focus to ensure that graft will always roll in and utterly neglect one’s sworn duty at the same time.

A somewhat toned down version was bought by the TheJakarta Globe

The Corruption Court was established specifically to give the Corruption Eradication Commission (KPK) a jurisdiction to which to bring cases of corruption for trial. Both the Corruption Court and the KPK itself have been outstanding successes, with the KPK maintaining a 100 percent conviction rate, and the Corruption Court being perceived as impartial and fair inside a grotesquely corrupt larger legal system. Apparently that sort of thing will not be tolerated by our elected representatives.

The DPR has shamelessly been sniping at the KPK and the work it does for some time now. If anybody doubted the multitude of corruption perception studies all of which indicate that the DPR is one of the most corrupt institutions in Indonesia, the DPR itself has worked very hard to cement that reputation. One could only wish that the legislators put half as much effort into representing the interests of their constituents as they do into hamstringing anticorruption efforts.

Possibly the most transparent effort the DPR floated was the suggestion that the KPK’s work be suspended pending the outcome of the Antasari investigation and trials. That suggestion was bolstered by an appeal to its own obscure interpretation of the legal language that defined the terms of reference for the KPK. The legislators took the view that since the law requires that the KPK has a chairman, the KPK’s decision to rotate the chair among the deputies temporarily was somehow a technical breach. In a sudden burst of diligent adherence to the strict letter of the law, the conscientious members felt that it would be best to stop tracking down corrupt officials until, well, at least until this session had wound up and the retiring parliamentarians had gone home.

After the previous efforts to thrust a stick into the KPK’s spokes, this utterly shameless cheap shot was seen for what it was and the attempt didn’t even pass the laugh test.

But it wasn’t through positive efforts to undermine the KPK that the DPR has been so efficient. It has triumphed through the power of positive procrastination. The current DPR has been largely successful in ensuring that the honourable members have every opportunity to accept bribes, embezzle from their budgets, and peddle their influence with impunity. They’ve been able to do this simply by ignoring their sworn duty to legislate; for a corrupt politician – should there actually be any within parliament – this is the ultimate win-win.

The Corruption Court will have to be dissolved in early 2010 if the DPR doesn’t pass the anti-corruption bill that is currently on the parliamentary agenda. The law also requires that the debate in parliament be completed by the sitting house before it is dissolved, or the new parliament that will be formed in October will have to go back to square one and restart the process. That the debate won’t be completed by the current house is almost a foregone conclusion.

With the time until the demise of the current house being counted in weeks, a cynic might admire their sheer, stubborn, doggedness in avoiding getting anything substantial done. Of the 284 bills placed on their agenda since 2004, the House has only managed to endorse around half of them, and about 54 bills haven’t even been touched.

But the foot dragging over the Corruption Court bill has to be their most thoroughly proficient avoidance of passing an inconvenient law. Since this parliament managed to spend literally weeks desultorily discussing the name and title of the bill and to date haven’t addressed any of its substance, it would take a virtualmiracle to finalize it by the time they pack up their things and go home. That would mean, of course that the new parliament would have to start the debate all over in October, without any reasonable possibility of passing the bill before the Corruption Court’s mandate is withdrawn in January.

While it is perhaps too much to expect the cat to work with much enthusiasm at tying the bell around its own neck, legislators failing to do what they were elected to do should carry some consequences. Under the circumstances, those consequences should be serious indeed. Deliberately delaying the passage of a critical piece of legislation as part of a concerted effort to permit corruption to proceed, if that is happening, borders on criminal behaviour.

Our legislators are perfectly well aware that the dissolution of the Corruption Court will effectively put an end the enormously successful efforts of the KPK. It could be years before any elected new government will be able to establish a similarly effective means for combating the most pervasive problem in the nation. That is clearly their intention and there needs to be some mechanism for dealing with their recalcitrance.

House members should be required to attend a minimum number of parliamentary sessions or lose their seats to second place candidates; their allowances and salaries should be reduced proportionally by the number of absences from the House. Having someone sign the parliamentary attendance record for someone else should carry criminal fraud charges. There are dozens of possible remedies to the abuse of privilege that seems endemic in our legislature, but none of them will have any effect on the current House.

As things stand, these honourable members have accomplished their aims; they will go home secure in the knowledge that their strenuous lack of effort has borne fruit. All we can do is hope that the next batch sees their function as representatives of the people as something more than their turn at the trough, or a cash cow that must be protected from the interference of Indonesian citizens.