I’m currently teaching a class on feature writing. I posted this piece and another one for my students as an example of what a newspaper feature might be. Naturally I think it’s valuable in its own right, but mostly it’s a bit of a break from the heavy going I’ve recently been posting on human rights. 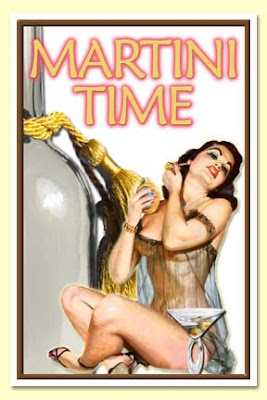 Not just gin and vermouth with an olive and more than a cocktail, the Martini is an iconic drink that evokes an ambience of sophistication, elegance and influence. Although the cocktail has undergone an evolution in its popular standing, Patrick Guntensperger finds the Martini still holds its own.

Potent as a high-octane cocktail, the Martini is as insidiously powerful in the way it has slipped into the zeitgeist. For W.C. Fields, it just wasn’t breakfast without a double Martini before and another after, to aid digestion. He called them “angel’s milk”.
Like much connected with the Martini, its origins are somewhat foggy, but nevertheless much disputed. Most of the stories surrounding the invention of the Martini refer to the town of Martinez, California, in the late 1800s, and the town itself lays claim to having been ground zero for the creation of the cocktail.
The drink that actually seems to have been served to miners in the gold-rush shantytown was a vile concoction of 4 parts sweet red vermouth, 1 part Old Tom (a very sweet and highly juniper-flavored gin) and bitters. Even with evolving tastes, that’s long way from what we now call a Martini.
Since gin was first distilled, it has been mixed with everything from milk to quinine; at some time in history, every potable fluid has been consumed in combination with gin. There was, however, something sublime about the marriage of dry white French vermouth and dry English gin.
It’s safe to say that by the time the 20th century was well under way, the Martini as we now know it had arrived. The ratio of gin to dry vermouth gradually increased from 1:1 to its current standard of anywhere from 4:1 for the traditional dry Martini, to virtually pure gin with a mere rumor of vermouth.
When variations of the classic cocktail proliferate and wander into bizarre territory, there is, among the purists, much weeping, wailing and gnashing of teeth. The fundamentalists of the cult of Martini fervently hold that veering from the one true path is heresy; and their beliefs are not to be dismissed lightly. 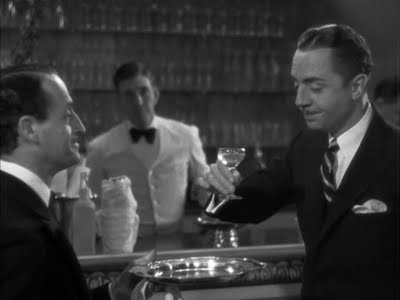 For the orthodox, the classic and one true dry Martini is simply this: at least four parts dry London gin, to one part dry white vermouth, stirred with ice, strained, served ice-cold in a chilled martini glass, and garnished with an olive.

Dry gin, dry vermouth. These are not optional even to the less than wholly committed; anything else and it’s just not a Martini.

As to the shaken versus stirred controversy, the true Martini lover – James Bond notwithstanding – has to opt for stirred. And stirred gently at that. Shaking, it is said, “bruises” the gin. This means that although it chills the drink down very rapidly, shaking adds air and miniscule ice chips, giving it a slightly frothy texture, diluting the flavor. The velvety smooth, ever so slightly oily texture that distinguishes a great Martini is lost.

A great Martini must be delicately stirred in an ice-filled shaker and, when the silver is coated with frost, the cocktail is gently poured through a strainer into a pre-chilled glass.

Simple, pure, perfect. Crystal clear, colder than a Winnipeg street corner in February, with an almost syrupy viscosity; it is razor-sharp and tastes like a cloud that evaporates on the tongue and slides down one’s throat as smoothly as a raw oyster.

After the first sip, as the glass is set back on the coaster, the world perceptibly begins to assume a less bellicose demeanour. The ideal cocktail.

As to garnish, there is room for negotiation and even détente. Strictly speaking, the drink becomes a Gibson if a cocktail onion is used, but few people insist on that distinction. Olives are standard, but a lemon twist is acceptable and among the orthodox, even a sprig of pickled asparagus has some adherents.

Rigid though the orthodox formula is, any fundamentalist will tell you that there is room within those parameters for seemingly endless variations. But for some reason, probably having to do with the fact that its presence is barely noticed in a good Martini, the vermouth is rarely the subject of confrontational dogmatism. Any decent white, dry, French vermouth seems to meet the standards of the sternest guardians of the doctrine.

The gin itself, of course, is the source of the greatest debate.

Currently, the tide seems to favor Bombay Sapphire, a gorgeous, complex and slightly pricey dry gin. Very aromatic, unbelievably smooth and able to maintain its dignity even as the cocktail loses its chill, making it possible to enjoy a Martini poolside even in Jakarta. Highly recommended, but be forewarned; for those looking for the absolute classic cocktail, a Bombay Sapphire Martini has layers of flavor and bouquet that some might find distracting.

Closer to the traditional Martini is one made with Tanqueray gin. Easily recognized by its unique fireplug-shaped green bottle, Tanqueray is another beautiful London dry gin. Rich, great depth of flavor, and less complex and aromatic that Bombay Sapphire, it has the unmistakeable taste of the very highest quality distillation for the truly discerning.

The Beefeater Martini is another classic. Beefeater gin is the quintessential London dry gin, with a crisp, clear, no-nonsense flavor, a smooth finish without a hint of the perfume or fusel oils that distinguish gins of inferior quality. The mainstay of the sorely missed three Martini business lunch.

Die-hard aficionados swear by the workhorse of the Martini fleet, the Gordon’s Martini. Simple, straightforward, at its best when served just above absolute zero, this is a Martini that eschews pretensions and embraces quality. Very hard to beat for its utterly consistent performance, perfect for the occasional imbiber or the died-in-the-wool purist.

There are other gins and each will have its loyal fans, but a true Martini devotee will concede that a classic Martini, made well and with high quality ingredients, will always make a day better than any day without one. This formula, the classic Martini cocktail, will always be the benchmark.
——————————————–
Martini Variation Recipes:

Cajun Martini:Pour a fifth of your favorite gin or vodka into a large jug, jar or bottle. Add 2 or 3 fresh jalapeno peppers (sliced & seeded), and a single red chili pepper (or more to taste). Let it sit in the refrigerator for 2 days. Shake with ice and vermouth in a 5 to 1 ratio, garnish with a pepper

Saketini: 4 ounces of gin, 1/2 ounce of sake, garnish with a slice of cucumber.