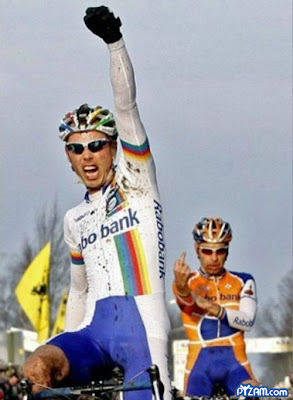 Despite incumbent President Susilo Bambang Yudhoyono’s resounding 60.8 percent victory at the Indonesian polls having been made official last week, his new five-year mandate is still uncertain.

Both challengers – former president Megawati Soekarnoputri with her vice-presidential running mate, retired general Prabowo, and SBY’s vice-president, Jusuf Kalla with his running mate, retired general Wiranto – have launched legal challenges to the election results. The challenge appears to be spearheaded by the Megawati/Prabowo team who placed a distant second with 26.8 percent of the vote, according to the official results.

Megawati has never been one to accept defeat with grace; after her 2004 trouncing by her former cabinet minister SBY, her bitterness and hostility were palpable. Palace and party insiders say that it was a full time job for staffers to organize public appearance logistics to ensure that the new and former presidents never appeared at the same place at the same time, and at a recent presidential election debate Megawati refused to shake the president’s hand while extending her hand to her other opponent, Jusuf Kalla.

Nevertheless there is far more at stake for Megawati than for Kalla in their demands for either a runoff election or a complete revote; Megawati’s claim is that her team can show that there are sufficient fraudulent votes that an accurate tally would put SBY’s total below the 50 percent threshold needed for a first round victory. The Kalla/Wiranto ticket, with its 12.4 percent doesn’t have any hope of claiming even second place.

Megawati’s legal team claims that they have evidence of 28.5 million instances of voter fraud; according to their assessment, if every one of those votes was struck off SBY’s tally, SBY’s total would only amount to 48 percent – not enough to claim the first round victory the official count gives him, and would force a runoff election against Megawati, with the Kalla/Wiranto votes up for grabs.

The challenge to the electoral results unquestionably has some degree of merit; whether that merit rises to a level sufficient for the Supreme Court to invalidate the election remains to be seen. The General Elections Committee (KPU), the official body that oversees and runs the electoral process, has been taking heavy fire for its decidedly ham-fisted performance in both the presidential/vice-presidential polls and the national legislative elections that took place two months earlier.

In the earlier legislative elections there were clear indications of massive and widespread voter fraud, what appeared to be systematic disenfranchisement, and logistical bungling. While the logistical blunders can at least partially be attributed to the difficulties involved in holding one-day elections for a population of almost one quarter billion people spread across 17000 island with infrastructure varying from poor to non-existent, much of the voters list fiasco can be seen as deliberate fraud.

The Supreme Court ordered the KPU to recount the legislative election votes and as a result, the seat allocations in the House have yet to be finalised. Nevertheless, the KPU has decided to put the second phase of legislative vote-counting on hold while it deals with the new legal challenges to the validity of the presidential/vice-presidential election. Meanwhile, as things stand it appears as though SBY’s PDI party is poised to dominate the parliament of this fractious country.

Although on the street, things seem as stable as ever in Jakarta, there is an undercurrent of tension. Terrorism has once again surfaced with a pair of bombs exploding within moments of one another at the Ritz Carlton and J.W. Marriott hotels, killing nine people and maiming many more. There is open speculation, some of it fuelled by SBY’s cryptic post-blast speech, that the bombs were politically motivated. The suggestion is that SBY’s political opponents may have been behind the attack, a theory that cannot be lightly dismissed, as Prabowo and Wiranto are both widely held to have orchestrated much of the 1998 civil unrest that led to rioting, looting and the deaths and gang rapes of many Chinese-Indonesian Jakartans.

At the same time there appears to be a systematic assault on SBY’s anti-corruption efforts. Amid the rest of the turmoil, the DPR is clearly dragging its feet when it comes to debating the bill that would allow the Corruption Court to retain its exclusive jurisdiction over cases brought by the Corruption Eradication Commission (KPK). Without the bill, the Corruption Court will lose its authority at the beginning of 2010, effectively hamstringing the KPK. The KPK would then only be authorised to bring cases before the District and Supreme Courts, both of which are well known to be riddled with corruption. Given the time constraints, it is virtually impossible for the bill to be passed before this parliament is dissolved.

Outside of the House, the police, themselves also acknowledged to be among the country’s most corrupt institutions, are enthusiastically engaged in investigating and prosecuting current and former members of the KPK, in what is clearly retribution for their phenomenally successful anti-corruption efforts, as well as a warning to others. Meanwhile, the former chair of the KPK languishes in prison awaiting the disposition of the murder charges that were laid in a sordid affair involving a love triangle and a motorcycle drive-by shooting. The facts of the case are murky but there is a definite sense that political motivations played a part in the tawdry melodrama.

The mood of the country is somewhat paradoxical. On the one hand there is considerable unrest, even violence. On the other hand the violence is seen as isolated incidents, the tumult as happening behind the scenes, and the people are oddly disengaged. Amid the uproar, it is business as usual for most Indonesians.

There is no question that the situation in Indonesia is in flux; the source of much of the discord is the reluctance of old-school Soeharto-era power wielders to relax their grip on the reins of power, combined with a dearth of young idealistic leaders inclined to step up and take over. The friction is the result of the same old players squabbling over the remains of the now defunct New Order. And the people of Indonesia are inclined to continue to defer to that once supreme segment of their society.

Indonesia watchers are inclined to attribute a lack of experience with democracy and a tradition of authoritarian rule to the turbulent politics of Southeast Asia’s most recently democratised country. Only having had democracy incrementally instituted in the last ten years, it is perhaps reasonable to expect some growing pains before the democratic paradigm becomes familiar to the population.