I was writing a series on the state of human rights in modern Indonesia when I was confronted with a situation that brought it all home. What follows is perhaps the most intensely personal writing I have ever published. 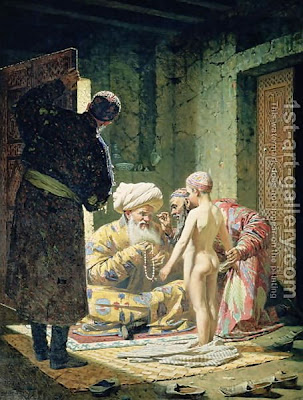 Indonesia’s history is one of the struggle for freedom from oppression. From its ancient feudal origins, characterised by hereditary rule of small fiefdoms and conquest as the result of rivalries among warlords, the road to democracy in the archipelago once called Nusantara has been a rocky one.

After they were stumbled upon by European explorers, the islands were quickly colonised by traders in the spices that grew so abundantly in the lush tropical climate. First the English and then the Dutch exercised their power with varying degrees of brutality as they exploited the people, the islands, and the spices they coveted. Right up to the 20th Century, the Dutch continued to rule the islands as the “Dutch East Indies”, until the Japanese wrested control as part of their empire building in Southeast Asia in the early years of World War II. The Japanese conquerors were known neither for their benevolent gentleness nor their adherence to principles of human rights.

Indonesia’s post-war history starts with Soekarno, her first home-grown dictator, who was later deposed by a cartel of his generals led by Soeharto, as part of a vicious and bloody “anti-communist” purge that saw as many as 1,000,000 Indonesian citizens slaughtered, with more imprisoned in concentration camps, ostensibly for their communist leanings.

Soeharto himself, once his power was consolidated, ruled the country for thirty years with any serious opposition tending to disappear in the night after visits from his military forces. With the Asian economic crisis of the late 1990’s Soeharto’s power base began to crumble; in the midst of the instability, riots racked Jakarta, with the police and military standing by observing as gang rapes of ethnic Chinese Indonesian women, beatings, looting, and brutal atrocities were committed.

In the handful of years since then, Indonesia has undergone a relatively steady progression toward democracy. In a reaction to Soeharto’s iron rule from Jakarta, decentralisation became the order of the day, with great power and autonomy being delegated with little accountability to the provinces, regencies, and villages. After a series of party-appointed heads of state, the country held its first direct presidential election and the people overwhelmingly swept former Soeharto soldier, ex-general Susilo Bambang Yudhoyono into power in 2004.

While the results are not yet official as this is being written, SBY appears to have won a second mandate in a landslide, beating his opponents Jusuf Kalla (his own vice-president) and accused human rights violator ex-general Wiranto on one ticket, and Megawati Soekarnoputri, daughter of the country’s erstwhile dictator Soekarno, and accused human rights violator ex-general Prabowo Subianto on the other opposing ticket.

As we approach August 17, Indonesia’s celebration of its independence, it’s worth considering just how far the country has come since Soekarno made political authoritarian control a home-grown rather than an imported commodity.

At the national political level, not that far, I’m afraid. Although SBY trounced his rivals, he has been remarkably reticent to address the issues of human rights, he has done little or nothing to deal with human rights abuses by his fellow military officers, he has done nothing to pursue any prosecutions of his former mentor Soeharto, and he turns a blind eye to the recurring allegations of rights abuses by his military in Papua and elsewhere.

SBY supported, or at least didn’t oppose, the enactment of the draconian anti-pornography bill which violates every principal of freedom of expression. Under his watch, the investigation and prosecution of the murderers of human rights activist Munir languishes, although it’s an open secret that he was murdered by military intelligence agents. Also under his watch, just this month, the police in Kupang submitted to the prosecutor’s office a dossier on certain religious figures who, in their assessment, committed religious blasphemy. In this case they are accused of having deviated from orthodox Christian doctrine and face five years imprisonment if convicted. This, of course, is in direct contradiction to the Universal Declaration of Human Rights, a declaration to which Indonesia ostensibly subscribes.

It’s unlikely that SBY will focus any attention on human rights, given that it wasn’t a campaign issue, and he managed to acquire an overwhelming mandate despite his record of neglecting to address human rights in any real way. The fact that two vice presidential candidates who are seen internationally as gross violators of human rights contested the election, with their brutal records scarcely mentioned in the domestic press, suggests that human rights ranks fairly low on the agenda of the Indonesian people.

Indeed, it’s at the grassroots level that Indonesia needs to focus on human rights; the political leaders are, after all only a reflection of those whom they represent. That an enlightened view of human rights is alien at that grassroots level is exemplified in the following admittedly anecdotal illustration.

Just last week, my wife and I were in an outlying province to say goodbye to a dying grandmother and to arrange her funeral. While we were there, we were approached by the people of her extended family who wanted us to adopt a baby that had recently been orphaned and was being raised by a distant relative who didn’t want the illegitimate four month old boy. As we have been trying unsuccessfully to have a child for some time, we were delighted by the opportunity both to rescue a baby who was ostracised by his own people and to adopt a child for ourselves. We vowed to be the best parents possible for this little baby.

After the adoption paperwork had been started, baby supplies bought, a bedroom prepared for our new child, the family decided that they were entitled to a profit out of the exchange. As soon as they recognised that we were happy with the idea of caring for the baby, they reneged on the agreement and demanded a great deal of money to sign the adoption papers. This was clearly their plan from the outset.

We explained that we would certainly do our best over the years to provide financial assistance to the extended family, but that we couldn’t become involved with the sale of a human being. The “guardians” of the child saw this as an initial negotiating position and offered the baby for sale at a discount, or alternatively, on layaway terms.

Unable to stomach the idea of buying a child, we turned down the offer, torn between leaving the little baby to the care of these people, on the one hand, and rescuing a baby in distress on the other. With many tears and uncertainties, we ultimately decided that we couldn’t be involved in the purchase and sale of a human being, no matter how noble our intentions. Human trafficking is an abomination and a violation of human rights under any circumstances.

Human rights are clearly still not a priority in Indonesia. Until the people of Indonesia develop a sense of responsibility to humanity as a whole and a fundamental recognition that each person, no matter how poor or marginalised, simply by virtue of being a member of the human family, has dignity and inherent rights, there is little hope that the country’s politicians will prioritise those rights.

With independence, democracy came within the reach of the people of Indonesia. Human rights are still not within their grasp.