This piece is on religious persecution. The Jakarta Globe, after due consideration chose not to run it because they felt it was too negative; it didn’t strike a balance between outrage on my part and any positive analysis.

Upon reflection, I think the editor of the Opinion page (Ben Otto…a very professional guy with great powers of discretion) is probably right…for a daily newspaper.

On the other hand I AM outraged, and I don’t see anything positive to analyse here. Consequently the piece is being run here on the blog.

To put some of my outrage in context, I provide a few extracts from the Universal Declaration of Human Rights:

Article 1.
All human beings are born free and equal in dignity and rights. They are endowed with reason and conscience and should act towards one another in a spirit of brotherhood.

Article 18.
Everyone has the right to freedom of thought, conscience and religion; this right includes freedom to change his religion or belief, and freedom, either alone or in community with others and in public or private, to manifest his religion or belief in teaching, practice, worship and observance. 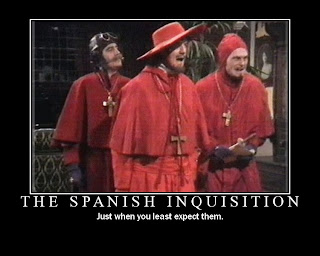 Article 156 (a) of the Criminal Code of Indonesia makes religious blasphemy illegal in a country that calls itself secular and democratic. That last sentence should be all it takes to spark outrage on the part of residents and citizens of this country. Nevertheless, the police of Kupang have handed over a dossier on seven suspected “deviants” from Christianity to the municipal prosecutors, and now those seven citizens of this secular and democratic country face the possibility of five years imprisonment for their religious beliefs and teachings.

People who genuinely support the notion of human rights are bewildered by this latest assault on human rights in Indonesia. The principles in question – the freedoms of thought, conscience, and religion, and the right to teach, practice, worship, and observe according to one’s personal inclination – are subscribed to by the people of the world. They are enshrined in the Universal Declaration of Human Rights, and are endorsed by all member nations. Including Indonesia.

People who subscribe to the fundamental principles expressed by a consensus of the human race simply cannot understand the underlying hypocrisy demonstrated by Indonesia’s practice of religious intolerance, and those who take those principles seriously are, or ought to be, outraged.

While some progress has been made in the democratization of Indonesia, decentralization has vested a great deal of power in the regencies and with individuals who have little or no accountability and even less inclination to use critical thinking in their judgements. While decentralization in principle has some value, there are some critical issues that should never be a matter of regional discretion; at the top of the list of issues that need as broad a consensus as possible is that of human rights. In light of the universal nature of human rights, regional or provincial views must defer to the critical thinking of society as a whole.

Since the current violation of human rights is mired in questions of religious dogma, the application of critical thinking is particularly problematic, as demonstrated by both the police and the prosecutors on the one hand, and the accused on the other.

After police interrogation, one of the blasphemy suspects, Meon Nubatonis, recanted, saying to a reporter, “We realised we have tainted the holiness of God’s sayings. We interpreted them according to our human logic.” He then went on to apologise for their “mistakes”.

We shall set aside the question of what sort of inquisition was employed to encourage Mr. Nubatonis to see the light, other than to remark that Amnesty International has, within the last month, categorically stated that Indonesian police continue to operate within a “culture of torture and abuse.” Instead let us ask what alternative a religious person has to interpretation of scripture “according to our human logic”.

What is missing here is the observation that which side is correct in its interpretation doesn’t matter a bit. One may be right, or neither; it’s irrelevant.

All so-called “holy writings”, indeed all writings of any sort, are subject to interpretation; only human logic can serve to interpret them. The suggestion is that the prescribed interpretation from which blasphemers deviate is somehow superior to human interpretation. And yet we know for a fact that the accepted interpretations of the Bible, the Koran, the Torah, and every other religious text were formulated by human beings, using their human logic.

The history of sanctimonious religious persecution is squalid; the history of human rights abuses in the name of correct scriptural interpretation is staggeringly sordid. Enlightened societies all over the world have evolved beyond state-sanctioned religious thought control, and those societies that insist on maintaining a medieval approach to their citizens’ belief systems are looked upon with contempt by the civilized world. Surely Indonesia does not wish to be numbered among societies without respect for the intelligence or rights of its citizens.

And yet the tendency to enforce prescribed beliefs upon citizens persists. The persecution of Ahmadiyya members, the closing of churches, and the stifling of discussion of matters outside the mainstream of the six legally sanctioned religions is a recurring motif in Indonesia. For some reason, and one that is lost on most civilized countries, the government and civil society authorities have decided that they will decide to whom we pray, what words we will use, and what rituals we will follow. They will decide what we will think.

To force citizens to think along prescribed lines is a frightening tendency anywhere; in a country that claims to espouse principles of democracy, plurality, toleration, and human dignity, it smacks of the rankest hypocrisy.