I’m posting this piece that I wrote a while back, because the current and more topical election pieces haven’t been run by my editors yet. I’ll post them as they are published by my paying clients. Nevertheless, it seems to me that this one from the archives makes some points that are relevant to this particular election, as so much energy is spent on the discussion of whether a non-Javanese could be elected in Indonesia.

Rejecting the politics of exclusion 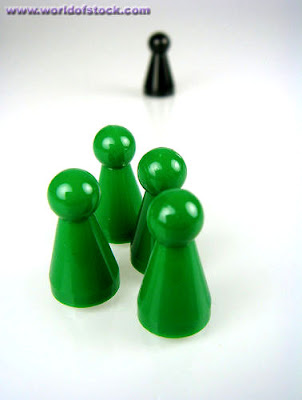 This freedom allows for fringe parties and candidates who choose to use the electoral process as a forum for political satire. From time to time, joke candidates will appear and offer themselves as candidates with outrageous or ironic platforms in an attempt to draw our attention to what they see as the foibles of their culture, society or political system. On some rare occasions, the public is completely fed up with the crop of candidates they have to choose from or they just don’t get the joke and the satirical candidate gets elected. Presumably that’s what happened when otherwise reasonably rational Americans in Minnesota put one-time pro wrestler Jesse (The Body) Ventura in the governor’s mansion. (One suspects that a similar dynamic was in play when the photogenic but tragically mentally retarded Ronald Reagan was elected president. And the less said about Arnold, the current Governator of California, the better).

That clearly inappropriate candidates can be fielded is one of the hallmarks of democracy; that they might actually win is part of the price we must pay for our freedom. To be free is to be permitted to support whatever candidate we choose for whatever reasons we wish. We are at liberty to support a candidate because of a proven track record, a reputation for integrity, a solid grasp of policy, a consistent vision that we can share or an innovative platform of reform. The less discerning among us are equally free to cast their votes for a candidate on the basis of skin colour, ethnicity or gender. And a candidate is free to run on those bases.

A candidate in a democracy could, for example, run as a straight-haired, light-skinned politician on a promise to represent those of a similar genetic background in order to improve the conditions of those who share his genetic heritage and even promise to introduce legislation making it mandatory to give people of his racial background preference in employment in government jobs. Such a position would be racist and discriminatory and, presumably, the people would reject that candidate, but the candidacy and campaign would be permitted.

Similarly, a candidate could run on a masculine-issues platform, soliciting our votes because he is male and promising to fight steadfastly for the males of this country and suggesting that a man who doesn’t vote for him is betraying his gender, or is weak and dominated by the opposite sex. One can only assume that any thinking voter would reject such a sexist stance at the polls.

And yet we have politicians in this country taking precisely those kinds of positions. And we have party candidates who cry out for us to support those policies of divisiveness and exclusion (Female politicians “sidelined” The Jakarta Post, April 21, 2004). We who take democracy seriously must distinguish between candidates who ask us to support them because they think we are sufficiently bigoted to vote on the basis of our narrow self-interest and those who offer integrity, good government, tolerance and respect for all Indonesians. A campaign for women’s votes for women candidates, for instance, wouldn’t make the cut any more than would a campaign for white votes for white candidates, or male votes for male candidates. One would hope that such platforms would be seen as odious, bigoted and hate mongering.

Indonesia is at a critical stage in her development as a modern democratic nation; this is indeed a time for consciousness-raising. The voters, who are usually preoccupied with mere survival or with providing for their families must become engaged in the processes of democracy, the only real hope for positive change in Indonesia. We must develop the maturity to see beyond the flags, the dangdut singers, free T-shirts and cash payments for attending rallies.

But we must also develop the critical thinking necessary to select the candidates that are the most likely to bring vision, integrity and leadership to a country that desperately needs them. We must avoid casting our votes for a candidate because he or she is plain or handsome, tall or short, light or dark. We must reject the politics of divisiveness and special-interest candidates. At this delicate juncture in Indonesia’s history, it would be damaging to the country as well as immoral to vote on the basis of ethnicity, skin pigmentation, or chromosome distribution.