The following article formed the basis of some other analysis I wrote on Golkar and its current relationship to Indonesia as a country. I ended up writing a completely different piece for Asia Times Online, but I think this article has some legs and I put it out there for discussion…
I encourage anybody with a real interest in the region to go to http://atimes.com/ for some of the best news analysis on the Internet. Go to the Southeast Asia page for analysis and news specific to Indonesia and her neighbours. 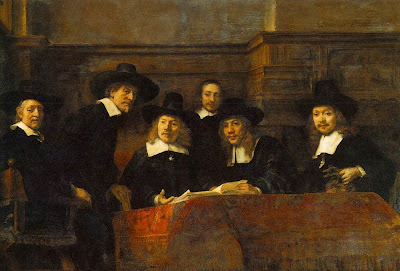 Ex-dictator of Indonesia Soehareto’s political machine, the Golkar Party, needs to reinvent itself if it is to continue to be a political influence in Indonesia in the years ahead. At the moment, and for the upcoming July presidential elections, it still maintains sufficient momentum to be considered a major, albeit somewhat emasculated, force in the country’s politics; without fundamental internal change, by the next elections in five years, however, it might just have become an anachronism.

Golkar was founded as a coalition of some 200 “NGOs” and minor community groups, in October of 1964, during the time of Soekarno, and was supported, orchestrated, and backed by a group of generals, themselves legally required to be apolitical. In 1965, Soekarno was ousted and replaced as acting national leader by General Soeharto in a somewhat enigmatic exchange of power, and by 1968, after initiating an anti-communist purge that saw some 500,000 to as many as 1 million Indonesians slaughtered and buried in mass graves, Soeharto was the undisputed head of state with the full support and backing of Golkar, which he then turned into his personal political party and machine in his essentially one-party dictatorship.

Since those times, Golkar has been the single most influential political body in Indonesia. Even after Indonesia’s adoption of democracy as a governance paradigm, SBY, in the elections of 2004, needed Golkar in his coalition if he was to have any chance of governing effectively through the legislature; he was even constrained to select Golkar’s chairman, Jusuf Kalla, as his running mate, so that Golkar would be represented in the vice-presidential position.

Indonesia, as it is always proud to announce, is a diverse place. It has over 17,000 islands, and it has literally hundreds of distinct cultures and languages spread over the world’s largest archipelago; it also had more than 130 political parties contesting the legislative elections in May of this year. To some extent, the variety of political parties is less a function of the diversity of views the parties represent than it is of the desire of so many to be party chiefs. It takes only a minor difference of opinion, or in some cases none at all, for a party to splinter along power (rarely ideological) lines into two or more smaller, virtually indistinguishable ones, each led by an ambitious leader. SBY and Megawati parted company in that fashion, for example, leading to the Partai Demokrat – PDI-P rivalry.

The result is that ex-Golkar stalwarts are scattered across the political landscape. In fact, every one of the three contending tickets for the presidency is well represented by those with deep Golkar connections. SBY was one of Soeharto’s young protégés (although as a general, Yudhoyono was technically apolitical) while Boediono, his running mate and his own protégé, remains unaffiliated with a party. Megawati, of course, has ex-general Prabowo Subianto as her running mate, while Jusuf Kalla, the current chairman of Golkar has ex-general and once head of Soeharto’s military (TNI) as his running mate. The bases are all covered, as far as the race for the Palace is concerned. One way or another, Golkar will exert a degree of influence within the administration.

The tricky bit for Golkar is the House (DPR), however. Golkar only came in second, in a close-fought near-tie with the PDI-P, with the Demokrats taking by far the largest share of seats. This leaves Golkar in an awkward position. The weakest link to Golkar in the presidential election is SBY, who chairs and is the heart and soul of the Demokrats. Since he is almost a shoe-in, and since Golkar has lost its majority in the DPR, something needs to be done. Golkar would otherwise be no more than a party of opposition in the legislature, and that’s not a satisfactory situation for a party that is accustomed to nothing less than rule by fiat.

To address this turn of events, Golkar is scrambling to find a solution. Some party factions are sufficiently convinced that the Kalla-Wiranto ticket will lose on the first round that they are pressuring the party to hold an immediate leadership convention. This faction sees Golkar’s sliding fortunes as being the fault of Kalla, and if he won’t even be president, he is of little use to them.

With Kalla out in the cold after the results are counted, they’ll need to name a party leader, with a high profile, unquestioned loyalty, and the ability to form coalitions, or at least to cut deals, with even the Demokrats in the House if Golkar is to have much relevance, let alone be a major player.

Others inside Golkar are taking a wait and see approach. Should the SBY-Boediono ticket fail to win a clear majority and require a run-off prior to October’s inauguration, there will be a couple of months of real horse trading as the party with the fewest votes will kick into high gear to make deals to determine to whom to direct their loyalists’ votes. If Golkar is in that position, they’ll want to have the chairmanship open as a bargaining chip with other parties. It’s unlikely to need Kalla, however, as SBY-Kalla ties are effectively burned. Even so, for the sake of grabbing what power is available, they would likely pinch their noses and allow him to hold on to the chair, if that’s the deal they have to make.

Nevertheless, there is a multitude of likely candidates for the Golkar chair, each of whom brings some pluses and minuses to the job.

One-time Golkar leader and former Golkar Chairman, Akbar Tandjung, is touted as a possibility. An old party player, he has connections in the DPR and holds considerable sway both within Golkar and he holds the markers of many old-time House members. On the other hand, his acquittal during SBY’s mandate on charges of massive corruption sparked riots in several cities across the country, and the people might not take his anointment well. Nevertheless, memory is short in Indonesian politics, and he can always point out that he was found not guilty.

Then there’s the current head of the DPR and Golkar’s vice-chairman, Agung Laksono. If he can convince the rank and file at the convention that he’s capable of rounding up the Golkar votes as well as working with the Demokrats in the House, he has a real shot at it, too. He’s also well connected within the business community and his network in the House is second to none.

On the downside, the collapse of Agung’s company, Adam Air, is still fresh in people’s minds. Any time Indonesians have to fly a foreign airline to enter European airspace, they’ll remember that Agung Laksono’s company’s appalling safety record was a major contributor to the Europe-wide ban on Indonesian airlines.

Waiting in the wings are some possible pretenders. Some of us have our eye, for example on the governor of Gorontalo Province, Fadel Muhammad. He is young, supremely self confident, charismatic, and has been wildly successful in improving the lot of the people of the country’s newest province (and in his self-promotion). He is Gorontalo’s Golkar chairman, he is very ambitious, and he will certainly be a major player at least in the next elections, five years hence, if he doesn’t rise to the top before September. That is, if he stays out of jail. At the moment, he is fighting charges of misusing his province’s budgetary funds.

To his defense, at a Jakarta Foreign Correspondent’s luncheon, Fadel Muhammad predicted the charges just a few days before they were laid. He confidently explained that the funds in question were simply returned to the budget categories for which they were intended, bypassing the Jakarta General Accounting Office, where he claims a significant percentage of funds tends to disappear. In fact he has not been accused of using the funds for personal enrichment, but with “irregularities” in financial procedure; certainly characteristic of his personal style.

What is lacking on the Indonesian political scene is a new generation of charismatic, idealistic politicians, with the political connections to get somewhere. Fadel, to some extent fits that bill; there are not many others. If Golkar just keeps shuffling the deck and the same old faces keep turning up, the party may well whither and become a footnote. This may be the last chance for Soeharto’s old political machine to retool for the 21st Century.

Much remains to be seen as the elections and the lead-up campaigns play themselves out. But it is safe to say that in the foreseeable future, Golkar will remain a (if not the) major influence in Indonesian politics. It is also clear that the form that influence will take will be radically different from what it has been up until now. The open question is whether Golkar is capable of reinventing itself as a genuinely democratic political party, or will the old players in Soeharto’s creaky and rusty political machine continue to run on the belief that it was born to rule.