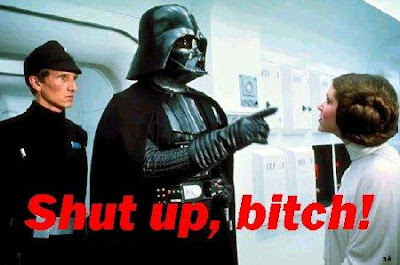 Okay, I know it’s Sunday, and, for some, a day of rest, but I was asked why I didn’t get all that mixed up in the Siti affair. Well actually, I did. I wrote about the Constitutional Court decision that permitted the idiotic law that made all this possible. It didn’t get posted onto the web, or the electronic archives of the paper that originally ran my criticism of the stupid law, perhaps for the reasons suggested in the law itself, although the print version of The Jakarta Globe ran it. The original article can be found here on the blog somewhere.

For those who have missed all the fun, it’s all about a case in which a young Indonesian mother was jailed and faces a 6 year prison sentence for complaining about bad service she received at …let me put this in big letters…
Omni International Hospital
in Tangerang.
There. Now I’ve done it!

Such a complaint may be seen as a criminal offense in Indonesia if it is considered defamatory, and if it is done or transmitted or stored or held in electronic format.

In fact I have, like pretty much everyone else, commented even beyond that, but it seems that I forgot to post this particular op-ed I wrote for The Jakarta Globe. Here it is for those who missed it on June 2, 2009. 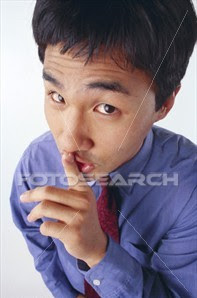 One of this country’s more charming cultural traits is the inclination toward patient acceptance of adversity. In the face of what might otherwise inspire reactions ranging from mild indignation to murderous rage, the Indonesian, particularly the Javanese, cultural tradition mandates a sanguine demeanor. Displaying annoyance, let alone anger, is considered bad manners, even when one has been provoked beyond what one may consider the limits of human endurance

The flipside is that, when the provocation becomes unbearable, an uncontrollable emotional reaction is justification for virtually any act of mayhem. One remembers Theo Tumeon, formerly the head of the National Coordinating Investment Board (BKPM). At a high school basketball game at one of Jakarta’s best-known international schools, he suddenly exploded with rage, leapt to his feet, charged onto the court and, surrounded by his bodyguards, started to strangle the 14-year-old referee.

He was pulled off by other spectators, and several people suffered injuries in the melee. His justification? He was overcome by patriotic fervor, as he felt the young referee was making calls weighted against Indonesian players.This explanation was greeted with much sympathetic nodding, as acting with murderous rage is apparently understandable, if not completely acceptable, when one is overcome with emotion. Some time later, after things had cooled down, Tumeon was replaced at the BKPM, but we were assured that the two incidents were unrelated, and that the move was simply the result of a “restructuring.”

Custom requires that no overt notice be taken of misdeeds and that a person of power should never be embarrassed even by his most egregious actions. Indonesia has gone so far as to enshrine in law the cultural imperatives that mandate this absence of accountability. In the process, it is becoming a country that places myriad restrictions upon the freedom of expression, but in a unique manner. In most countries where freedom of expression is as legally curtailed as it is here, the motive is political; the restrictions are intended to stifle criticisms of a sitting regime.

Indonesia, however, is different. The restrictions are intended to stifle any attempt to hold anyone accountable.

Prita Mulyasari was charged by the Tangerang Prosecutor’s Office under the Law on Information and Electronic Transactions and incarcerated in Tangerang’s women’s penitentiary, facing a potential six-year jail term or a Rp 1 billion ($98,000) fine. Her misdeed? She had the temerity to disseminate an SMS expressing her dissatisfaction with the way she was treated by Omni International Hospital. Frighteningly, Fifi Tanang was similarly charged under a different law for writing a letter of complaint about her landlord to a newspaper.

Thus it is that parties offended by criticism have the right to invoke the criminal justice system to punish those who attempt to impose accountability on institutions or individuals of power or influence. Defamation laws exist specifically to punish those who wish to hold individuals or institutions accountable for their actions. It is expected that one stoically suffers unfair treatment rather than disrupt the illusion of serenity by complaining, no matter how well justified the complaint.

Certainly it is true that there are those who would make unjustified complaints, and by doing so, cause damage to the party against whom the complaint is lodged. There are reasonable remedies for that. A civil case could be filed, requesting a court order for a retraction if the allegations were false and damages if they were also malicious.

The criminal courts are concerned with the defamatory nature of the complaint and the manner in which it was transmitted. The laws governing these matters do not concern themselves with the validity of the statement, or the justification for the complaint. The truth in these matters is not a legal issue.

We all wish that people would moderate their indignation at minor breaches of decorum or politeness. But to throw someone in jail for voicing a complaint over a perceived abuse or injustice is no way to bring that about. A mild reaction to an affront is a sign of character. Stoicism and a desire for a placid, serene, non-contentious existence are lovely aspirations.

However, a legal requirement of silent acceptance of injustice is a profound abuse of human dignity and freedom. Placing restrictions on a citizen’s right to speak up, moreover, is to entrench abuse and injustice, and fosters a society devoid of accountability.