Since it’s the weekend, I thought I’d post something a little lighter than political commentary. The following story is absolutely true. I offer no explanation.

I wrote it, not as a believe-it-or-not kind of thing, but rather as a commentary upon how different cultures view the same phenomenon differently. You be the judge. 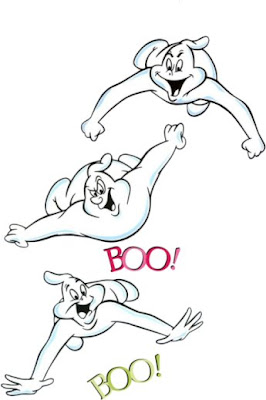 There is some truth in the observation that everybody likes a good ghost story.

That phenomenon is probably even more apparent here in Indonesia than it is elsewhere, as even a casual look through the domestic TV schedule and magazines at newsstands will show.

What the bule (even the long-term, married-into-an-Indonesian-family-type Westerner) finds perplexing is the reaction to an encounter with the otherworldly. The frequency of such reports, the equanimity with which they are related, and the matter-of-factness with which they are heard is disconcerting at first, but it’s in the way the tales are accepted that is truly baffling.

Here’s an illustration. A while back, I was truly delighted finally to have found a driver that suited my family perfectly.

Pak Parno was in his early 50s, had wide experience, knew the city intimately, and drove as though he felt that NASCAR competitions were beneath him: In every respect, including his confident, quietly dignified personality, he was a delight to have around.

During his downtime, he seemed to have developed a particular fondness for our koi; he would sit on the edge of the fountain and spend whatever time he had tossing the fish stale breadcrumbs while he had his tea and smoked kretek (clove cigarettes). Because of the affection he had developed for that spot, my wife and I had a bench put near the fountain to make him a little more comfortable and on which to stretch out in the shade, when he wasn’t busy.

I found out later that such a minor gesture had prompted him to tell his family that he was thrilled to work for us because we were so thoughtful and kind to him. Every evening, after Pak Parno went home to his wife, a maid would secure the gate and among other minor tidying up, would pull his bench away from the fountain and place it up against the wall. In the mornings, he would pull it over to his customary spot and contemplate the koi.

About a month after Pak Parno had started working, at about 11 p.m. one evening, my wife and I were upstairs when our young maid raced up to talk to us. Out of breath and obviously scared, she blurted out that somebody had moved Pak Parno’s bench back to the fountain. We calmed her down and suggested that maybe she had just forgotten to move it on that occasion. Somewhat reassured, but far from convinced, she went back downstairs.

Moments later, my wife’s parents, who were staying with us for a few months at the time, came running up the stairs. Apparently, our young maid had replaced the bench and then retired.
Shortly afterwards, they all swore that they heard the bench moving. They dragged me to the balcony where I could see that, sure enough, the bench was back in Pak Parno’s customary place.

During the course of the conversation and speculation as to what could possibly be the cause of the perambulatory furniture, the phone rang.

It was Pak Parno’s wife. Or more precisely, his widow. It seems that Pak Parno had taken a walk around the block with one of his neighbors and, in the middle of telling him about the koi and his favorite spot to commune with them, he simply died of what turned out to be a massive heart attack.

He had died almost instantly that evening at 11 p.m.

We all absorbed this tragic news and, after a few moments of shock, while grief was setting in, my mother-in-law suddenly remarked, “Well that explains the bench, anyway”. The whole family and the maids looked at each other as relief swept over them, and some degree of comfort set in.

The mystery was solved: It was simply Pak Parno’s ghost returning one last time to the place that had given him such peace. My family all went to bed, calm and satisfied with this closure.
I, on the other hand, lay awake for hours, twitching, heart racing, and jumping at every little night noise.

We bule are weird.