I posted this one today because of the ongoing discussions about freedom of expression and the parallel discussions of the history of friction between the West and the Muslim world.

Randy Salim is a newsreader at a Jakarta TV station…I do him the courtesy of referring to him as a journalist.

(On a totally unrelated note, I know his sister Reta…she’s a very bright and very personable young woman. I also know one of Randy’s uncles; his name is Emil. Emil Salim is a good friend, we sit on the board of an environmental charity and Emil is a legend in Indonesia. An economist, an environmentalist and a former Minister of the Environment, Bapak Emil is a genuinely great man.)

The following piece was a direct response to what I considered (and still consider) an idiotic opinion piece Randy published in the Jakarta Post a few years ago. You can find it at: http://www.thejakartapost.com/news/2007/01/18/dark-cloud-over-muslims-redneck-driver-land.html 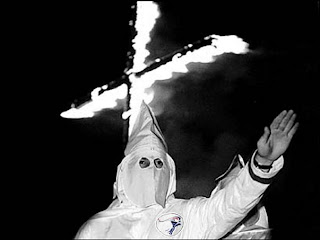 Patrick Guntensperger, Jakarta
The poor communication and near-total lack of understanding between people of western nations and even relatively sophisticated people from the Islamic world was put into sharp perspective by Randy Salim in his op-ed of Jan. 18, 2007 entitled Dark cloud over Muslims in Redneck Driver land.

In his piece, Salim takes residents “Redneck Driver land” to task for their failure to recognize that, in Salim’s view, there is no link between Islam and terrorism. In fact he regrets not having “strangle(d) Redneck Driver’s white wrinkly neck” over a remark Salim concedes was likely made in fun. The remark incidentally, was made, according to Salim, to two journalists who were shouting at one another in Arabic in Atlanta, Georgia, in a vehicle being driven by “Redneck Driver”.

Is there even the slightest hope for finding common ground among people, all of whom are so certain of their righteousness and so contemptuous of one another that one would actually consider killing someone over a casual remark? Is there any hope of reasoning with a person who would decry one group’s cultural insensitivity in a column littered with bigoted, racial epithets?

Is there a chance for a reconciliation of viewpoints when the vicious, violent actions of a small number of extremists stain the lives of the entire religion and culture that produced them? How can one side of a conflict demand that the actions of some of their members not be attributed to the group as a whole, when the mainstream members of that group do not, as a whole, stand up and strongly condemn their acts of brutal barbaric horror?

The communication gap has led to much shouting, much condemnation, and very little accommodation.

Fortunately, Salim, who claims to aspire to a better understanding between Muslims and what he sensitively refers to as “Redneck Driver land”, has an answer. He believes that someone ought to “talk some sense into every major Western media company”.

Salim, a broadcast journalist, advocates, in just that one sentence, two things that are anathema to most responsible journalists and believers in democratic principles. He recommends both interference with the freedom of the press, and he advocates such control over only one side of a controversy. To paraphrase Salim, I shudder to think of the consequences if anyone were to take him seriously.

To answer the questions posed above, yes, there is some hope. That hope lies not in demanding that one side of a controversy report news and formulate opinion as dictated by…well, anyone. The hope lies not in a person with access to the media simultaneously denigrating an entire group and demanding cultural sensitivity of them. Hope lies in permitting the peaceful expression of one’s thoughts.

There is hope for some dialogue and the resulting exposure of prejudices, misinformation, poor logic, unsupported assumptions, and erroneous information, if people can hear someone speak without screaming for retribution. If one can make a comment, mildly tasteless, but understandable under the specific circumstances, without having to fear having one’s “

“white wrinkly neck” strangled by one’s guest, there might be some hope. Far from needing political control over the press, what the world needs is a press with an even broader scope; a press that is entirely unencumbered by imposed values. Muzzling the press only leads to ignorance and intolerance.

Responsible journalists would not even advocate stifling Salim’s views; exposure to the light permits those views to be discussed among reasonable people. Reasonable people are those who are willing to accept that some people are narrow-minded and bigoted, but that to deny them the right to express their views is to deny the rest of us that same right.

Salim asks the question, “How would the world feel about Germans if CNN existed during the Holocaust?” One would have to answer,… probably pretty much the same as they do now. The fact is the entire civilized world condemned the Nazis for their actions during World War II. The vilification of Nazi Germany could not possibly have been more thorough with or without CNN.
During the post war period and until today, the German people, as a whole, condemned the actions of those who drove the Holocaust and the German people have, as a whole, made it clear that they do not support Nazism, Germany is now a respected nation and their people are treated like anyone else among the community of nations.

The point, though, is that the Nazis gained and wielded power through a series of methods that proved to be very effective in spreading fascism. One of those methods was to have the proponents of their viewpoint “talk some sense into every major media company”. Another was to strangle the necks of those who held unapproved views and actually articulated them.