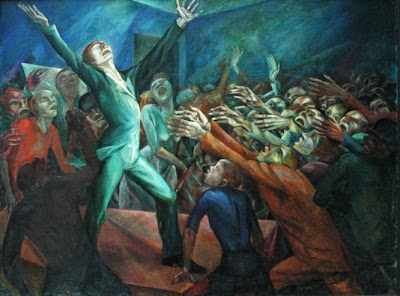 Representative, as opposed to direct democracy is hard to get the hang of.

Autocracy, particularly autocratic dictatorship, is easy; orders are issued, you obey. Simple. Direct democracy isn’t too tough, either. You get the citizens together and everyone votes on a course of action; the majority wins, the minority lives with it. Pretty straightforward, too.

But when you’re dealing with a population greater than, say, the number of occupants of a fair-sized lifeboat, direct democracy becomes unwieldy.

And that brings us to Indonesia’s House of Parliament (DPR).

It is a curious paradox that Indonesia, thanks to a long-standing tradition of dysfunction among our legislators, is over-legislated, while the legislators are astonishingly under-worked.

In Soeharto’s time, the DPR was a showpiece, a political machine for the purpose of rubber-stamping his policies and providing a patina of legitimacy to his dictatorship. Since his fall, the parliamentarians have, at least in theory, been representatives of the people, tasked with using their informed wisdom to enact legislation in the best interests of their constituents, their constituents having delegated to them their day-to-day democratic rights.

In fact, however, the members of the DPR tend to use their positions as platforms for self-advancement and for carrying out the agendas of their political parties, rather than those of the people of Indonesia.

Continued self-advancement and the sustained power to advance the aims of political parties require re-election; in a representative democracy, that means satisfying the people that their interests are indeed represented. That means enacting legislation that the people want.

Unfortunately, people don’t all want the same things. As a consequence, too many laws are passed in Indonesia just for the sake of appearances and to appease blocks of voters. That results in laws covering similar territory, contradictory laws, unconstitutional laws, and specialized laws that just satisfy vocal minorities.

One glaring example of this phenomenon that is very much in the news at the moment is the labyrinthine, confused mass of legislation that covers freedom of expression. In Indonesia, there are a dozen or more bits and pieces of legislation that can criminalize expression. Many otherwise innocuous laws have little sections included that have serious implications for the people’s right to speak, write, or communicate.
The law that is currently under scrutiny because of its terrifying abuse by a private corporation with the complicity of the prosecutor’s office is the Electronic Information and Transaction Law (ITE).

But that law, which allows for a woman to be jailed for up to six years for complaining via SMS about the treatment she received at Omni International Hospital, is not the only such legal ambush hidden in the legislative thicket. It wasn’t all that long ago that the country was up in arms about the pornography law that our president passed into law.

That one is a great example of the failure of some of our legislators to have the courage to act as representatives instead of appeasers in this representative democracy. That law was passed entirely to placate vocal pressure groups while the rest of the citizenry was assured that it would have no impact on legitimate artistic expressions.

SBY’s domestic affairs spokesperson, Andi Malarangeng even told the assembled members of the foreign press at a luncheon earlier this year that the law was a good one, because compliance wasn’t expected and it would never be enforced anyway. He cited the fact that a group of dancers had recently performed for the president in traditional costumes that clearly contravened the law. No legal repercussions. No problem.

Andi probably felt a little silly when it was reported days later that West Java Governor Ahmad Heryawan had banned traditional Jaipong dancing for contravening that same law. The governor himself must have felt a little silly, because he quickly recanted, claiming he hadn’t banned it, he’d merely warned the dancers to avoid being “too provocative”, and not to show any naked armpits, because it was against the law and it made people (presumably him) “uncomfortable”.

The long and short of it is that if there’s a law, someone will use it. At some point, sooner or later, every single law that curtails your rights will be dusted off, deployed, and used in court.

What we need is far fewer politicians who will do whatever they think will please the noisiest constituents and more representatives who have the courage to do what they were elected to do: use their judgement and wisdom to see that the rights of as many as possible are protected.