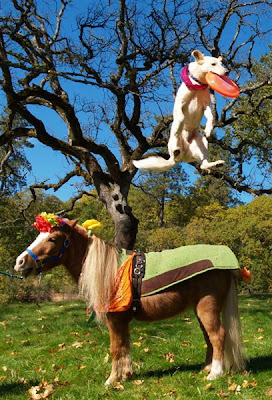 As it’s Monday and politics goes on, it occurred to me to post the following piece written a few years ago. It should serve as a useful reminder of how things actually went down, as opposed to how things are currently being spun. It helps to keep remembering what’s substantial and what’s bread and circuses for the masses.
Originally published in:

The pleasant illusion
Patrick Guntensperger,
Jakarta
If we wanted a perfect nutshell example of the way Indonesian politics is played in the time of Susilo Bambang Yudhoyono (SBY), the last week’s political news certainly provided us with one. You couldn’t do better than to examine the soon-to-disappear fracas over Amien Rais’ accusations of irregularities in campaign funding for the last election.
Recently Amien Rais admitted to having illegally received campaign funds from a number of sources. His public acknowledgement of his own criminal betrayal of the electoral laws and ethical regulations was accompanied by a straightforward accusation that his political opponents, including SBY, had also received funds in the same way from the same sources. Given that SBY was swept to power with an overwhelming mandate, arguably largely due to his explicit and outspoken anti-corruption platform, those were indeed fighting words.
SBY, for his part was incensed. He vociferously and categorically denied any irregularities, let alone illegalities in his campaign funding. Late last week he even indicated his intention to sue Amien Rais, presumably for libel or slander, or both. He told the public that his lawyers were looking into the case before it would be filed with the courts.
Many people were delighted. There were a number of reasons for elation.
In the first place, such a civil lawsuit would have sent a signal that the president had true democratic inclinations. Recent presidents, in fact the current president recently, would have been expected to rely upon the Criminal Code to prosecute such accusations; taking the presidency to be a position above the level of mere citizens, criminal charges leading to heavy fines and long periods of incarceration would have been expected. A civil libel suit which would have required Amien Rais to prove his allegations in court would have been the ethical and democratic way of responding.
In the second place such a suit would have set a precedent; it would have demonstrated that democracy doesn’t entail absolute license to play dirty politics, to make false and vicious accusations of criminal behavior against opponents. It would have put other politicians on notice that politics is, or should be, an exercise in leadership and the representation of one’s fellow citizens, not an exercise in vicious personal vindictiveness.
In the third place, the legal requirements for a libel or slander action to prevail in court would have shed light on any details of the alleged transactions. If there were back-room deals as alleged, if politicians were given financial support as part of a quid pro quo, their exposure and procedural transparency would have helped clean up the rot.
If the allegations were determined to be false, the president, at a low ebb of popularity, would have been vindicated and confidence in his leadership would have been somewhat restored.
Amien Rais’ allegations would certainly have met two of the three conditions of the legal test for slander or libel; the statements, if false, were clearly made with malice, and as SBY was an anti-corruption candidate, there were certainly damages accruing from the statements. It is the third test, the test of truth or falsehood that the lawsuit would have succeeded or failed on. And that is the substance of the whole controversy.
So from jubilation that things were going to be done right, that individuals who make irresponsible criminal accusations in the media would be held accountable; from gratification that the truth would be dragged kicking and screaming into the light, we were once again treated to the SBY approach. Appeasement.
SBY apologized to Amien Rais. Amien Rais apologized to SBY. They both acknowledged that they spoke harshly and hoped the other would forgive anything that might have been said in the heat of passion or taken out of context or misinterpreted or misquoted. The world returns to the SBY model of perfection. The surface calm is restored and nothing is done to address the real problem.
And there in a nutshell is the problem with the SBY presidency. From the very beginning of his tenure he has demonstrated a predilection for preferring everyone to say the right things over actually doing the right things. To do the right thing would entail not only acknowledging that there is a problem, but also that someone is accountable. This president has a horror of embarrassing anyone by holding him accountable.
Cabinet shuffles are delayed until impossible to avoid and then are half-hearted at best, offering even total incompetents parallel moves to avoid embarrassment. Prosecutions against the former president and his family members are never carried out because it would be disrespectful. Time after time, SBY has chosen appeasement over doing the hard things – the things this country needs.
No one is accountable; the rot continues exist under the surface, but everyone agrees to ignore it and pretend that all is well. The presidential preference for a pleasant illusion over an unpleasant reality prevails once again.
…enditem…