This is another one that ran a few years back. It’s frightening how relevant it is once again! I’m posting it both because it ought to be reread in the current context and also becaue I have another piece on more topical assaults on our freedom of expression currently submitted and I want to wait until my print editors have a chance at its first run rights before I blog it. 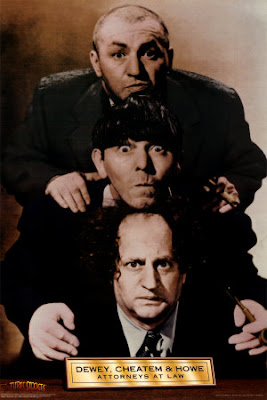 Nobody can spend much time in Indonesia without becoming aware that compliance with law is not a deeply imbedded cultural trait. That’s not to say that Indonesia is a lawless society; far from it. Indonesia has plenty of laws; laws for every occasion. Indonesia has good laws, bad laws, ridiculous laws, obscure laws, redundant laws, and even contradictory laws. No, the salient feature with respect to Indonesia’s legal culture is not a dearth of laws; the prominent characteristic is the casual way in which inconvenient laws are simply disregarded.

Even a first time visitor to the country can’t help but observe this lack of legal compliance; the lack of respect for law is discernable even before one gets out of the airport. One is likely to encounter half a dozen examples of blithely disregarded laws by the time one gets to the toll highway. Those encounters will include everything from the likely solicitation of a gratuity by customs or immigration officials to the traffic violations your driver is virtually guaranteed to commit in the first minute or two you’re in the car.

Just what is it that makes the average Indonesian hold his country’s laws in such utter disrespect?

Answers to that perennially vexing question have included: that a system of egalitarian laws imposed on a traditionally hierarchical society is likely to be disregarded within that society; that endemic poverty has led many people to circumvent the law for the sake of survival; that lack of education leaves people unaware that they are violating laws on many occasions.

While there may well be some truth to any or all of those suggestions, there is one other answer that is both simpler and more likely to be right on target: In Indonesia, people have little respect for the law, because there is nothing to respect.

A legal system is like anything else. It cannot command respect. Respect must be earned. Not only has the Indonesian legal system failed to earn respect, it is becoming apparent that those at the very top levels of the judiciary are bending over backwards to ensure that their system is held in absolute contempt by thinking people, not just here in the archipelago, but everywhere in the world where there is a belief in rule of law.

Indonesia’s Supreme Court has found the Indonesian version of TIME Magazine liable to ex-dictator Soeharto for immaterial damages amounting to one trillion Rupiah.

Regarding the article in question, in which the publication investigated, documented, and reported on some of the former dictator’s pilferage of billions of (US) dollars of money from the people of Indonesia, Supreme Court spokesperson Nurhadi said it was “against the honour of the plaintiff, who is a military general, retired, and former Indonesian president.” He went on to say that the “damages are accepted in order to uphold justice.”

The honour of the plaintiff? To uphold justice? Can he be serious?

Is there a single person in the country, or abroad, who believes that Indonesia’s Supreme Court came to that ludicrous decision through impartial adjudication of the facts? Is there anybody at all who isn’t convinced to a moral certainty that the decision was bought and paid for (in tangible or intangible coin) by the family of the man routinely described in history books as the most corrupt world leader of 20th Century?

The infuriating thing about this travesty is that most residents and citizens of the country will just shrug and say, “What did you expect?” Nobody really expects justice in Indonesia when it comes to the rich and powerful. When it comes to the richest and once-most-powerful, there is zero expectation of justice.

But that cynical lack of hope for justice extends to the man in the street. The fact is that, because of the charades that are played in all courts in Indonesia, including the Supreme Court, nobody expects fair treatment. Just as Soeharto was cynically, but correctly, expected to be given the decision he wanted, if someone without power or connections is hauled into court, he will get the treatment he expects. He will either bribe his way to an innocent verdict or he will lose.

Under circumstances like these – circumstances that are created and maintained by the utterly corrupt judiciary in Indonesia, does anyone seriously expect there to be respect for the law? Can there be any hope of justice in a country where rule of law is an absolutely meaningless expression? Can we expect compliance with the law from the average citizen, never mind the police, or civil servants, when there is no respect for the law at the highest levels of the judiciary?

A society in which the court system is a tired, cynical joke can never be expected to seek or dispense fairness, compassion, decency, or justice in its day-to-day dealings. There will never be voluntary compliance with the law in Indonesia as long as the judicial system remains as in-your-face contemptible as it is.