Here’s another one I wrote several years ago. Little has changed; least of all me. My friend John McBeth, one of the region’s best journalists, once said that you tend to write opinion pieces when you’re pissed off. 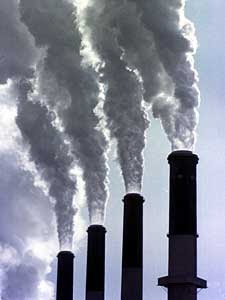 It is a common misconception that lack of education is at the root of the environmental degradation that we see around us every day. Foundations and NGOs trip over themselves and one another in their efforts to raise money for education and public awareness campaigns with the solemn certainty that by improving the general level of knowledge concerning environmental destruction, the problem will somehow be alleviated.

That focus, well meaning though it is, is unfortunately misguided. The truth is…everybody knows.
While there is some benefit to being able to quantify the degree of damage done to the Earth by a given activity, much of the environmentalists’ budgets is being wasted on convincing people that there is a problem and that their actions are contributing to it. Everybody knows.
The persistent refusal of the most egregious polluters to change their ways has nothing to do with lack of knowledge; they are not suddenly going to reverse their behaviour and act responsibly as the result of having seen Al Gore’s documentary. Equally, the bought-and-paid-for scientists who lend their names to papers arguing that global warming is a myth or to documents absolving resource extraction companies of responsibility for the damage they cause know better; they are creating spurious debates to allow their handlers to continue destroying our world. The time and money spent trying to convince them that they are causing harm to human beings is wasted, because they already know. Everybody knows.

There isn’t an individual alive who isn’ t perfectly aware that if he or she throws plastic garbage on the round it will stay there until someone else cleans it up. They know this. Everybody knows.

It’s not a question of knowing; it’s a question of caring. The most egregious polluters are perfectly aware that they are damaging our shared planet and poisoning your air and water; they just don’t care. Or, they don’t care as much about the damage they inflict on you and your family and future generations as they do about the immediate benefits they can derive from ignoring the consequences of their actions. And they believe that it is to their immediate benefit to disregard the scorched earth they will leave behind. They believe that changing their ways will cost them money; money that could be better employed providing themselves with more luxuries than cushioning the impact of their presence here.

This self-absorbed refusal to consider the future or other human beings is at its most obvious, and therefore its most offensive, at the highest levels. The greatest polluter in the world, the United States, is destroying the entire world’s environment; the amount of pollution it exports is completely disproportionate to its population. Of course the United States is a country that answers only to major corporate interests, and corporations are utterly opposed to any restraints on their behaviour. Therefore, the country naturally refuses to sign the Kyoto protocol, an agreement that doesn’t come close to being sufficient to stem, let alone reverse, the consequences of that country’s global environmental destruction.

The cause is corporate indifference. Corporations are all too often operating under the old paradigm; the paradigm that has them believing that they face a choice of profitability on the one hand or responsibility on the other.

Corporations are run by boards of directors. Boards of directors ultimately have to answer to shareholders. To maintain their positions on the boards, directors have to show annual profits for the shareholders. As a consequence, it is extremely rare for a corporation to look more than five years into the future; this year is usually their horizon, and this quarter their focus. They know that they are polluting; they simply choose that course of action over the perceived alternative of sacrificing immediate profits.

One of the many ironies in this situation is that corporations can actually increase profits by adopting good environmental practices; it’s just that the profits won’t come this quarter, so only a few more enlightened and far-seeing corporations implement them in any meaningful way.

While it easy for us to blame corporations for looking at the immediate benefits to polluting and disregarding the future consequences, much individual human behaviour has precisely the same characteristics. As Jakarta entered the rainy season, the city came to a standstill. The cause: widespread flooding. Traffic simply couldn’t get through the low-lying areas and property damage and loss of revenue to businesses can only be guessed at, but was certainly in the millions of dollars per day.

Jakarta’s canals and storm drain systems are theoretically sufficient to accommodate even the most severe monsoon downpours. The reason they fail is human venality. The canals and the sewers are clogged with garbage; most of the rubbish that causes the floods is just thrown in the street by people who simply couldn’t be bothered to dispose of it responsibly. When somebody finishes her KFC package lunch and simply tosses the trash out of the car window, does she know that it’s going to stay where it lands until it is washed away or someone else picks it up? Of course she does. When a driver dumps his overflowing car ashtray into the gutter, does he know that his private rubbish has just become a public problem? Of course he does. Everybody knows.

These individuals think that they are simply putting their personal convenience at a higher level than that of their neighbours. That is certainly true. It is lazy, crude, ignorant, thoughtless, and anti-social, obviously, but they know exactly what they are doing. Can they see that their indifference to others and their utter slothfulness is a major contributing cause of flooding, poisoned water, maybe even the deaths of those who drown because the canals overflow? Of course they can. They don’t care, but deep down, they know. Everybody knows.