Just as in the US a politician at least has to pay lip service to his good christian lifestyle if he expects any support from the public, an Indonesian politician is expected to demonstrate that he and his family are devout Muslims.

In Indonesia this is a somewhat biger problem, though, because when you take religion off the table, there’s almost nothing left to discuss.


The dance of religion and politics: Who leads?
Patrick Guntensperger,
Jakarta
May 31, 2009 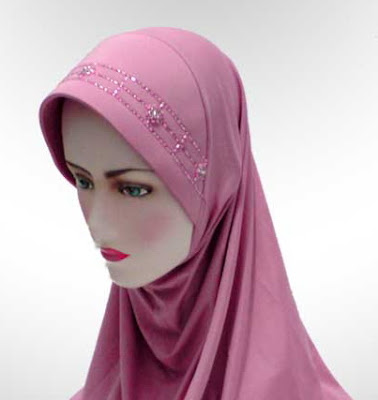 One of the healthy things about this year’s Indonesian national elections is the way in which religion is starting to play a more visible and more controversial role in the election of a new government. It’s not healthy because religion is playing a larger role; it’s healthy because it’s playing a more visible role, and that higher visibility is leading to more controversy.

Controversy, even dispute, is healthy; democracy and the democratic process are founded upon disagreement. When disagreements are out in the open, they can be analysed, they can be discussed. Occasionally they can even be resolved. The pervasive influence of sectarian religious predispositions on Indonesia’s political future needs exposure and discussion.

The people of Indonesia are, by and large, religious. The very first precept of Pancasila, the underlying philosophy that defines Indonesia, is a belief in one and only one god. Just and civilized humanity, national unity, representative democracy, and social justice all come afterwards. Nevertheless, Indonesia’s is not technically a religious government; on the contrary; it is explicitly secular. Well, sort of.

The country officially recognizes Islam, Protestant Christianity, Catholicism, Hinduism, Buddhism, and Confucianism. That’s not exactly secular. Nor is it particularly inclusive or broadminded, neglecting, as it does, to include traditional Indonesian animistic beliefs, folk religions from the various regions or, for that matter, any truly native Indonesian belief system at all. That it explicitly excludes Judaism, the most venerable of the big Abrahamic religions, the other two of which are represented (three if we accept the differentiation between Christian and Catholic), any polytheistic religion, and that it simply doesn’t allow for the existence of atheism, also indicates the selective nature of Indonesia’s legislated religious tolerance.

Religion is becoming an item of contention in the current election campaign. It certainly was an issue at the time the candidates and parties were engaged in their complex ritual courtship dances; the degree of religious focus exhibited by the parties was second in significance only to that party’s electability. Although the economy is beginning to assume some significance in the campaigns, the only discernable doctrinal differences among the parties prior to the May elections was the relative fervour of their Islamic orientation.

At the moment, there is an ongoing dialogue regarding the electability of party leaders with respect to whether their wives wear the jilbab. So serious an issue is this that Jusuf Kalla has distributed a book called The Devout Wives of Future Leaders, about Mufidah and Rugaya, his and Wiranto’s wives, emphasising their habitual wearing of the Islamic emblem.

Perhaps Wiranto needs to bolster his Islamic credentials since his bitter dispute with his rival Prabowo, back in Islamisation days of the 1990s, during which Prabowo led the Islamic faction while Wiranto headed the Nationalists, the more secular camp. Perhaps Prabowo’s credentials are sufficient for his running mate, Megawati to wear her jilbabs only on occasion. The calculus and attention to the nuances of jilbab wearing in a nominally secular country are bewildering to those who are not Muslim or come from a country in which there is genuine separation of religion and government.

What’s healthy is that discussion of these matters is actually occurring in the public sphere. On the one hand we hear ulemas stating that the use of Facebook is haram and that text messages between unmarried members of the opposite sex ought to be banned unless the communication is explicitly for the purpose of spreading Islamic teachings. At the same time we see that Islamisist parties took a trashing in the legislative polls, and had to form a coalition with the Partai Demokrat to retain any direct influence in national policy

While our aspiring leaders all jockey to be holier than thou, noted Muslim cleric Ahmad Mustofa “Gus Mus” Bisri is calling on them to leave god out of the equation, saying, “Use political science in politics. Don’t bring God into politics!” His point, it seems, is that the two spheres, the sacred and the secular, need to be kept separate since no earthly authority can legitimately claim to have an infallible insight into the subtle differences in interpretation of religious dogma.

As George Bernard Shaw once said, and this applies equally to the Koran, the Torah, or any other book of religious teachings, “No man ever believes that the Bible means what it says; he is always convinced that it says what he means.”

With this slightly contentious discussion of the relative relevance of religion to the democratic process, we might see some genuine tolerance and open-mindedness develop. Up until now, the absence of conversation on the subject had a stultifying effect. It has always been assumed that overt expressions of devotion have been a prerequisite for any political leader, and apparently one’s spouse, as well.

It’s just been a given that if someone avoided the issue of religion and focussed instead on issues like economics, social welfare, national and foreign policy, environment, legal reform, military reform, corruption eradication, infrastructure rehabilitation, poverty eradication, education reform, health and welfare improvement, or human rights, they’d be ignoring the important issues and have no business running this country.