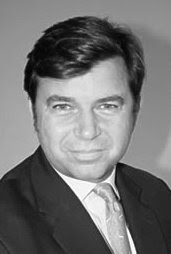 I want to get some personal profiles into my archives and a little more on sustainability and environmental issues, so here’s one from a few years back….

It’s sad, but Dugal’s efforts met with failure here in Indonesia. He has given up working in Indonesia, citing the impossibility of doing business as the result of endemic corruption and rent seeking at every level of the government as the main reason he has pulled out. He is currently back in the UK and working on other progressive projects in more receptive regions of the world.

He’s my friend and I miss him

Having lived here for some 15 years, Muller is convinced that Indonesia can assume a leadership role in bringing about environmental and social improvement. In fact, he has a vision of the country as a prime mover not just in the region, but in the world as a whole.

According to Muller, there has been an erroneous belief that countries and corporations can only practice good CSR when they can afford to do so.
“The idea that practicing social and environmental responsibility is a luxury only the wealthy can afford is looking at things backwards,” he said.

Muller is convinced that a nation like Indonesia, poor in cash but rich in natural and human resources, can be a vanguard in an era of environmental and social responsibility. It is this conviction that has inspired him to create a unique consultancy to help start the process in Indonesia: Oxford Index.

As its CEO and founder, Muller applies many of his interests and talents to work that has benefits for Indonesia, for society in general, and not incidentally, for his shareholders. “As a profit-making firm dedicated to working for better CSR,”” Muller laughs, “we are able to bridge the gaps between the corporate world, NGOs and government.”Oxford Index was set up with the intention of offering large corporations expert guidance on how to behave as good corporate citizens — without sacrificing profits.

“We firmly believe that corporations are entitled to reap the benefits of practicing high levels of CSR. In a corporation, benefits equal higher profits,” Muller commented recently at his Jakarta home. “It is a large part of our philosophy that social responsibility and corporate profits should not be mutually exclusive. On the contrary, we believe that good corporate citizenry should generate higher profits. We are here to see to that.”

Oxford Index is the result of the collaboration among Muller, several world-renowned experts on environmental and social issues, internationally respected educators, business experts and government departments. The collaborators have, each in their own way, been doing this kind of work for many years, but it is Muller’s talent for partnership building and his infectious enthusiasm for societal improvement that has brought the team together.

Initially established in Britain, Oxford Index intends to bring the benefits of good CSR to the Indonesian scene.”Indonesia is in a position right now to take a leadership role in the development of CSR,” said Muller.”Southeast Asia has traditionally lagged behind the more developed world in CSR, but there is a high degree of interest in these matters in Indonesia and, with democratic reform coming quickly, there is a window of opportunity to implement change.”
Muller sees a future in which the rest of the region looks to Indonesia as a role model for CSR. He also sees more and more major corporations investing in the country because along with better CSR comes higher profits. “It’s a classic win-win scenario,” he says.

Muller is in a unique position to help corporations make the kinds of changes that are needed to bring about both the societal improvements and the higher profits that good CSR practices can generate. As the founder and trustee of Elephant Family, a charitable organization dedicated to the conservation of Asian elephants, Muller is respected by non-governmental organizations (NGOs), groups that are all too often engaged in a pitched battle with corporations.

“As long as NGOs see corporations as an evil empire and corporations see NGOs as economic terrorists, there is little hope for cooperation,” he notes wryly. “what is needed is common ground. Interestingly, that common ground exists … we walk on it every day. …it’s called Planet Earth. Corporate, NGO and government interests are not all that divergent when you get right down to it. In many cases, we can bring all the parties to the table and arrive at solutions that had never before been considered.”

When retained by a corporation, Oxford Index will typically launch a scoping study to determine the level and effectiveness of the client’s current CSR policies. When that is completed, targets are agreed upon, strategies for improvement are designed, and Oxford Index steers their implementation.
What distinguishes Muller’s firm from other consultancies, however, is Oxford Index’s insistence that client corporations derive public relations benefits from their efforts to improve their environmental and social practices.

“It’s not enough that a corporation does the right thing,” he says. “They have to get public approval for their efforts.” In Muller’s view, public approbation serves several purposes: “It holds good corporate citizens up as role models, encouraging other companies to follow their lead. It identifies ethical firms for ethical investors. It creates a climate in which good corporate citizenry is respected.”

Oxford Index therefore brings a public relations and communications strategy to every corporate engagement. “The old paradigm of NGOs fighting the big, bad corporations has had its day,”” says Muller. “For us to save this planet, partnerships must be created. NGOs have to see corporations as being fellow citizens of the Earth and corporations must see NGOs as having legitimate concerns. The government must design and enforce legislation that takes both points of view seriously. Our (Oxford Index’s) strength is our ability to bring all the stakeholders together and create an atmosphere of trust, shared goals, and realistic expectations. A country like Indonesia, where relationships are so important, is exactly the place to create a model of cooperative effort toward environmental and social progress.”

Having fallen in love with the country and its people upon his arrival 15 years ago, Dugal Muller is buoyant about the country’s future as a leader in environmental and social reform. “Indonesia has so much to offer the world. This is an arena in which she can lead by example. “